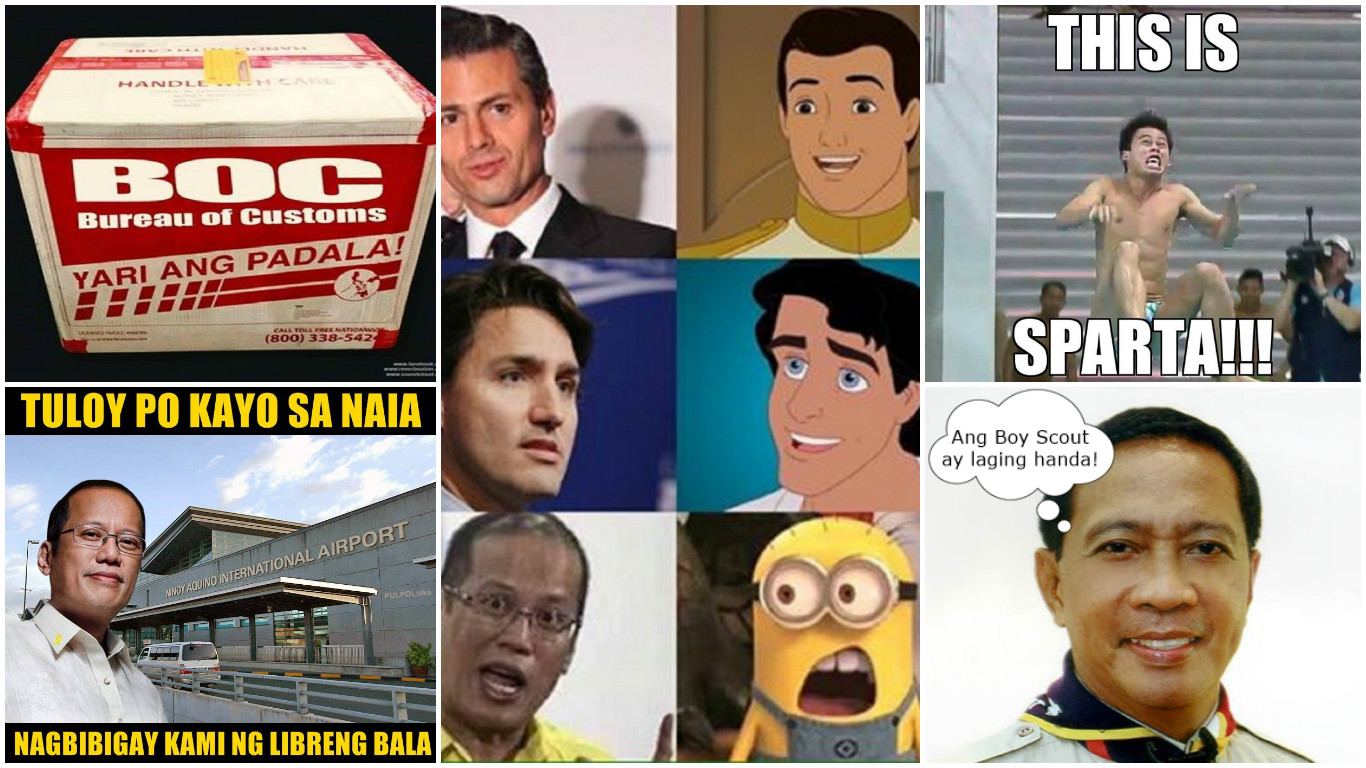 And another year is coming to an end! If 2015 zoomed past you like two small-time criminals riding a motorcycle, don’t worry! We’re here to refresh your memory. From the Pope’s papal visit to Grace Poe’s disqualification case, look back on the best and worst moments of 2015 with a laugh or two. Here are the highlights of 2015 in the Philippines, as told by memes. 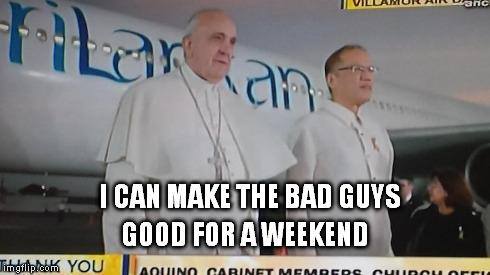 Pope Francis visited Manila and Tacloban from January 15-19, spreading non-nega vibes throughout the country. In the spirit of non-neganess, the DSWD sent homeless families to a Batangas resort for “skills training.”  We LYSM, Pope! 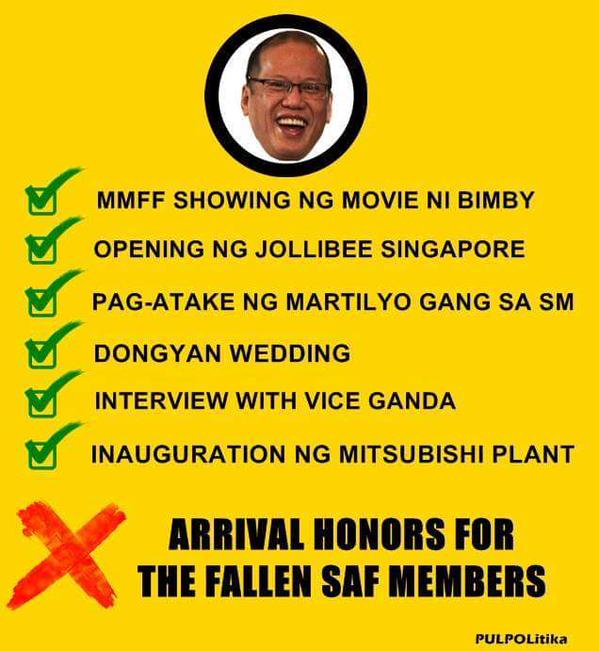 Ten days later, we learn about the bloody encounter in Mamasapano, Maguindanao, where 44 members of the PNP-Special Action force, as well as civilians, were killed in an anti-terrorist mission gone wrong. President Aquino failed to attend the arrival honors for the slain SAF members, maybe because he doesn’t attend the wakes of strangers. ¯_(ツ)_/¯ 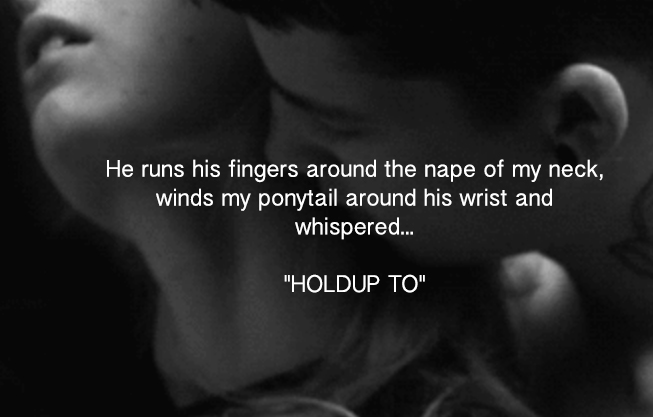 As one of the most awaited movies of the year, 50 Shades of Gray predictably did well on its opening week in the Philippines. While the movie failed to titillate titas everywhere, Filipinos launched #MNL50ShadesofGrey on Twitter to tell their own saucy stories.

Ampatuan gets out of jail 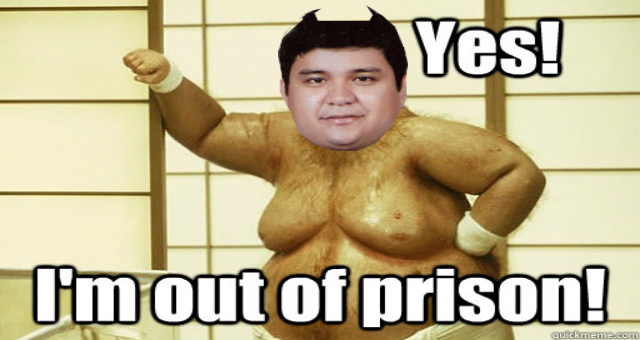 Charged with 58 counts of murder for the 2009 Maguindanao massacre, Sajid Ampatuan was temporarily freed after posting bail worth PHP 11.6 million (PHP 200,000 for each victim). He enjoyed a hero’s welcome when he was released from jail. 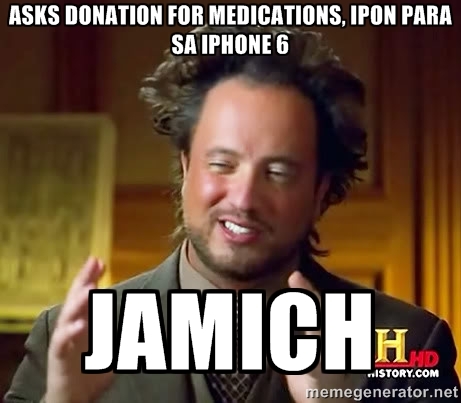 Jam Sebastian, ½ of your favorite Youtube-based jeje love team, passed away from lung cancer. The other half of the love team was criticized for filling in her eyebrows while she was in mourning.

Napoles was found guilty for illegally detaining PDAF scam whistleblower Benhur Luy. She was sentenced to lifetime imprisonment and was ordered to pay Luy PHP 50,000 in moral damages. 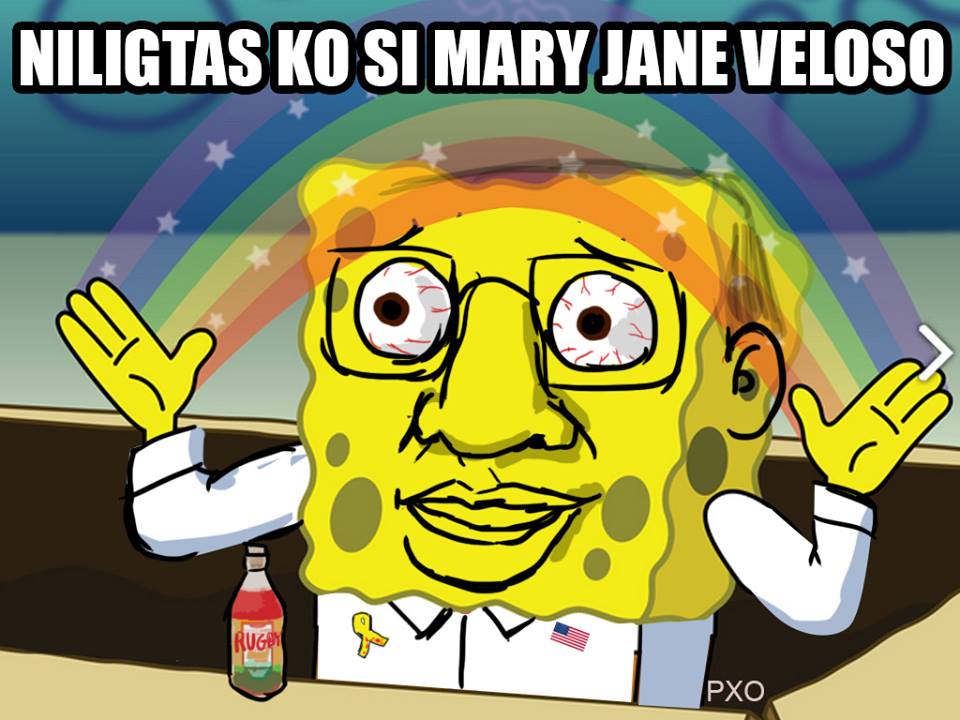 Sentence to be executed in April, accused drug mule Mary Jane Veloso received a temporary reprieve from Indonesian president Joko Widodo. Veloso remains in death row, but she has recently gotten another reprieve from execution. Internet trolls criticized both PNoy and Veloso’s mother during the height of the issue. 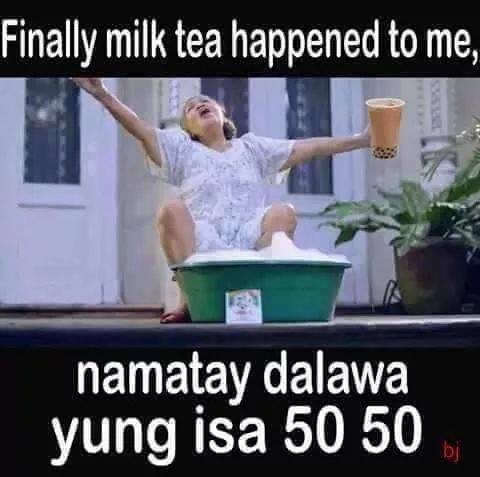 You may remember this as that confusing time when you fought the urge to buy milk tea and to sing the Ariel jingle out loud. 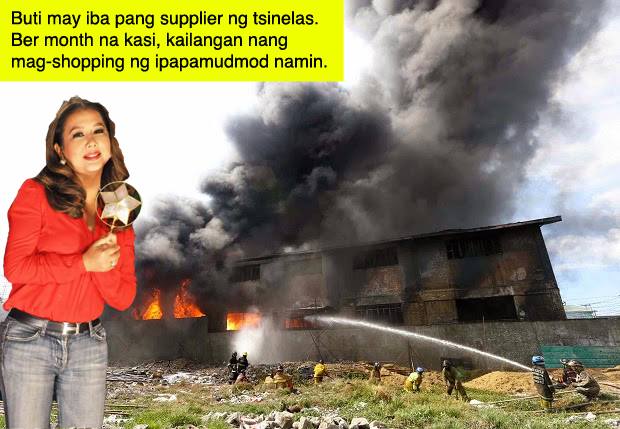 Seventy-two people died when a fire broke out in Kentex, a slipper factory in Valenzuela. Apart from being the third worst fire incident in Philippine history, the Kentex fire also ignited discussions about the poor state of labor in the country. 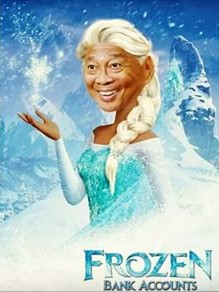 The Court of Appeals freezed 242 bank accounts belonging to the Binays, who remain balls-deep in money-laundering allegations.

Mayweather won the Fight of the Century, but Pacquiao won the memes. 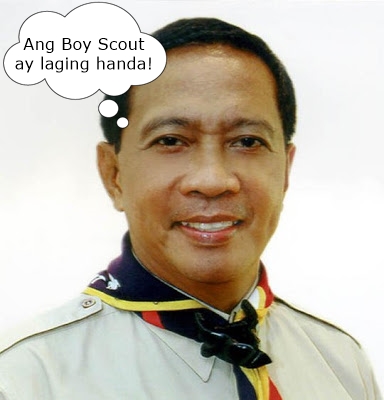 He wrote the president a one-sentence resignation letter. 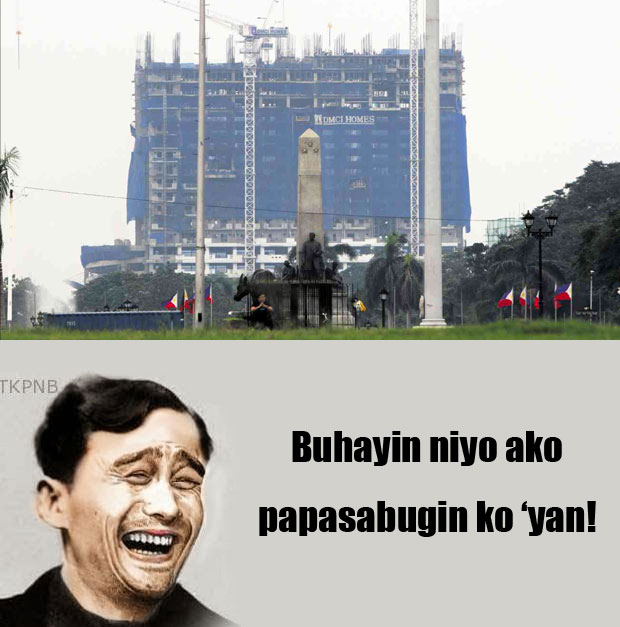 The Supreme Court issued a TRO against the construction of “the national photobomber.” 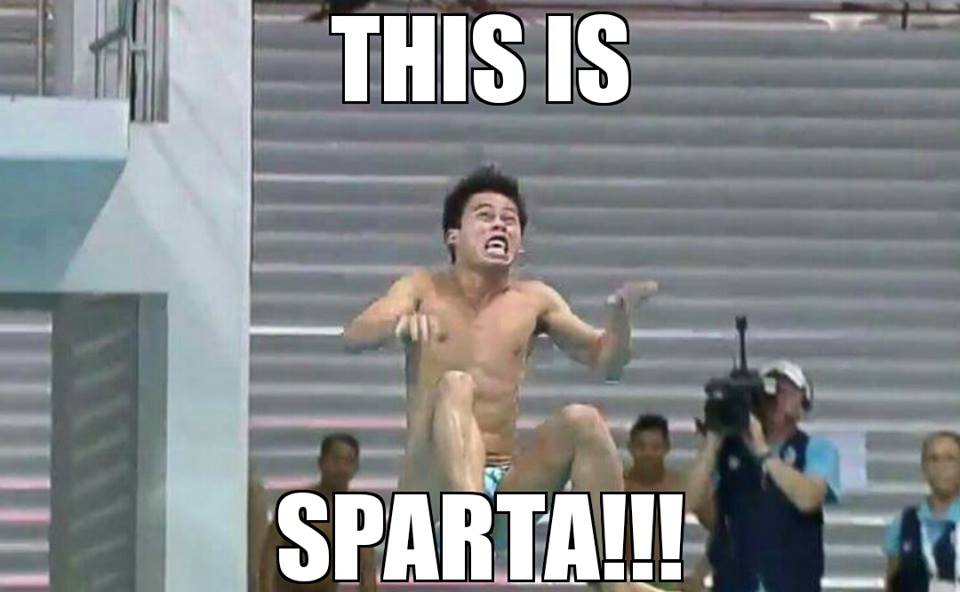 The internet ridiculed Filipino divers John Elmerson Fabriga and John David Pahoyo for receiving a whooping string of zeros at the SEA Games in Singapore.

The Beep Card is launched 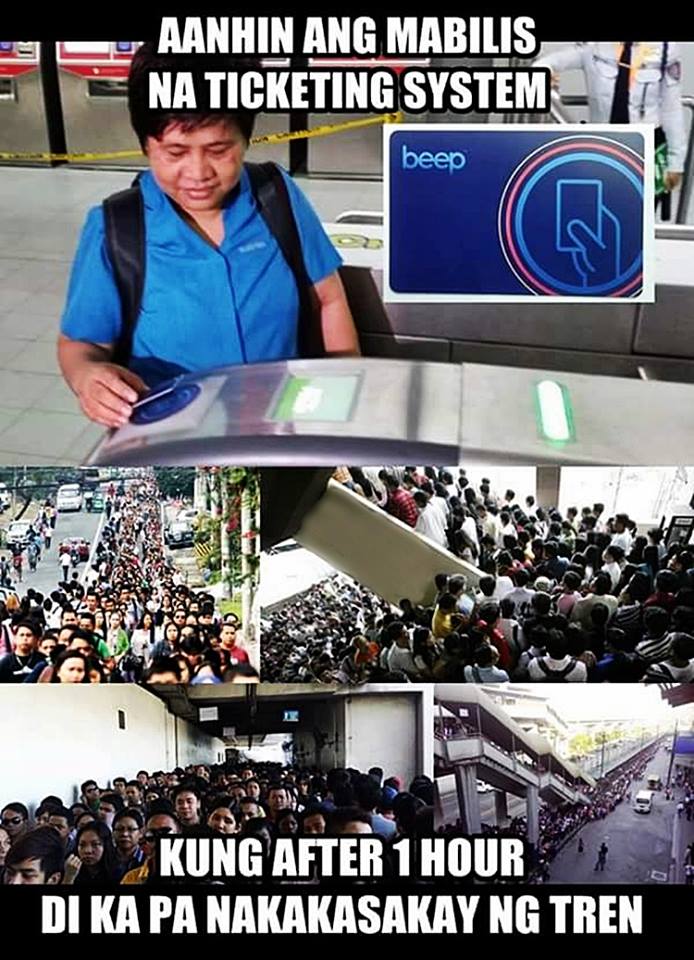 Riding Manila’s trains became 0.043% better as Beep Cards were rolled out to masses of fed-up commuters. [email protected]*&#! Pu%@*^ *[email protected]! (Is this why they call it a Beep Card?)

Chris Brown is stuck in PH

Chris Brown was barred from leaving the Philippines over fraud complaints filed against him by Iglesia ni Cristo. Brown ditched his 2014 Manila concert which was supposed to be held at the Philippine Arena. He posted a video rant while stuck in the Philippines.

The Supreme Court granted JPE’s petition to post bail for a non-bailable offense. In a predictable turn of events, he’s now under hospital arrest. 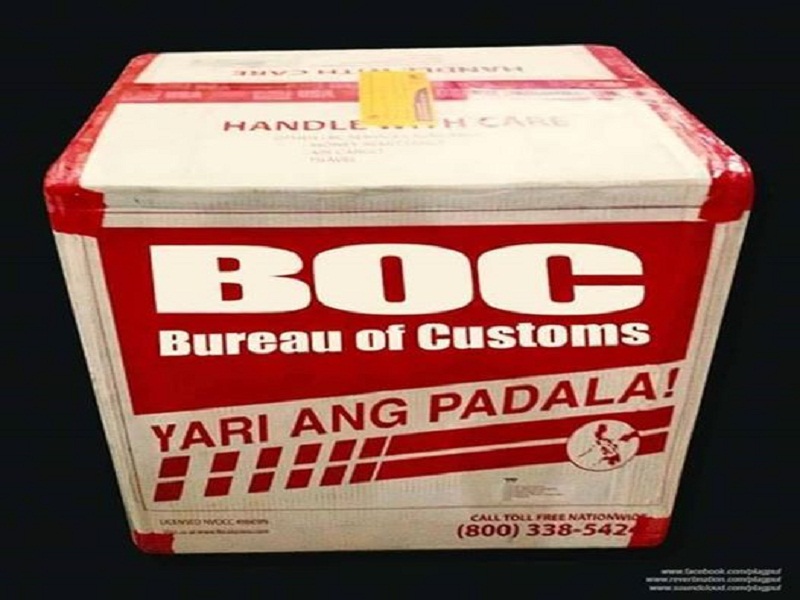 OFWs voiced their outrage over the Bureau of Customs’ shady “inspection” of balikbayan boxes. 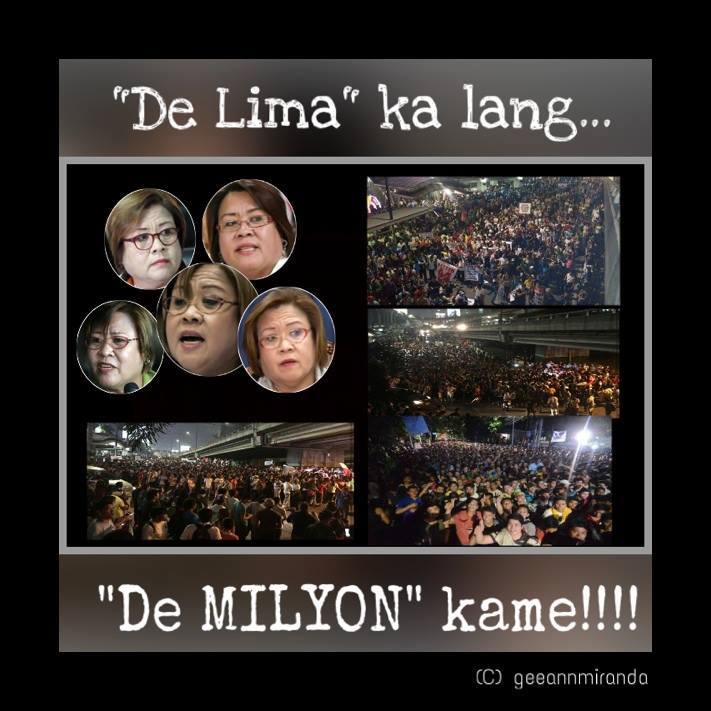 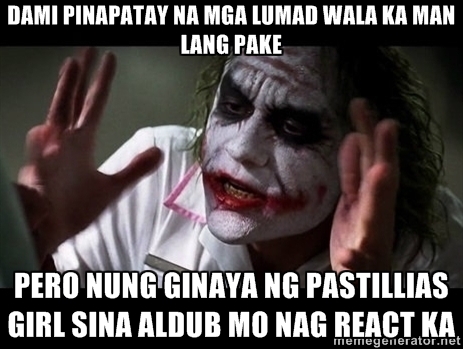 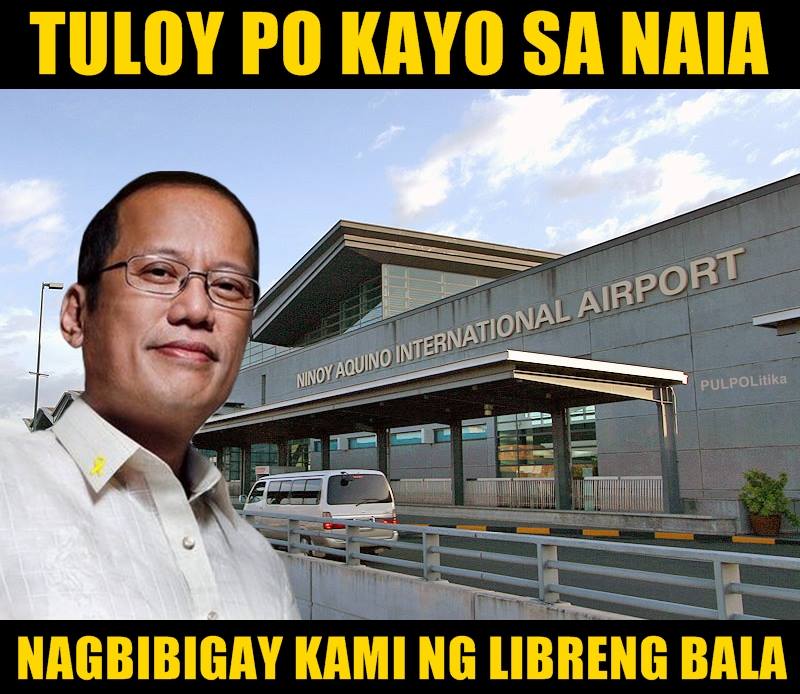 American missionary Lane Michael White was accused of smuggling a bullet in his luggage. The incident put a spotlight on the bullet-planting scheme at NAIA, which has allegedly been going on for 20 years. 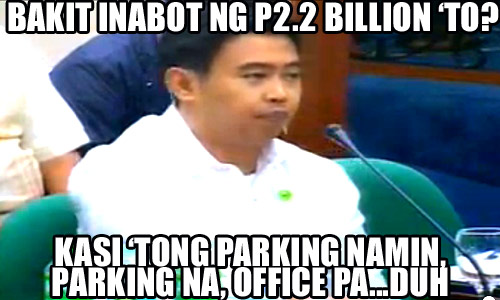 Following the overpriced Makati City Hall controversy, the Ombudsman ordered the dismissal of Makati Mayor JunJun Binay. He has been perpetually barred from holding any public government position. 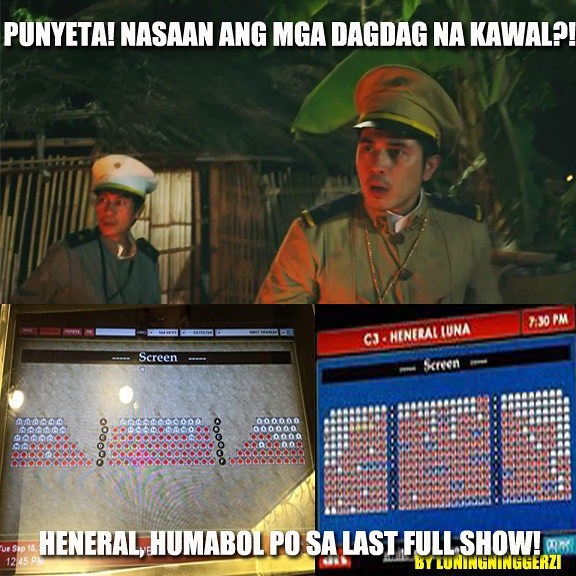 Jerrold Tarog’s biopic about General Antonio Luna grossed more than PHP 200 million at the box office. The film is the Philippines’ official entry at the Oscars’ Best Foreign Film category. 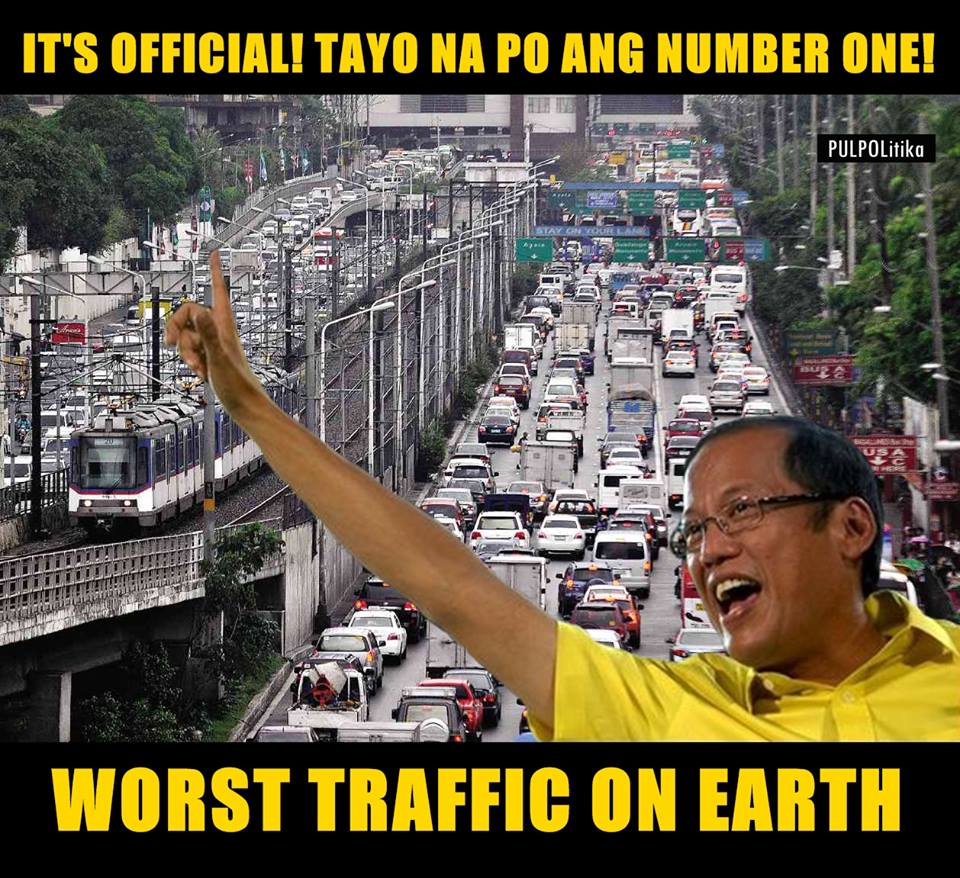 Waze named the Philippines as the country with the worst traffic on earth. No surprise here. 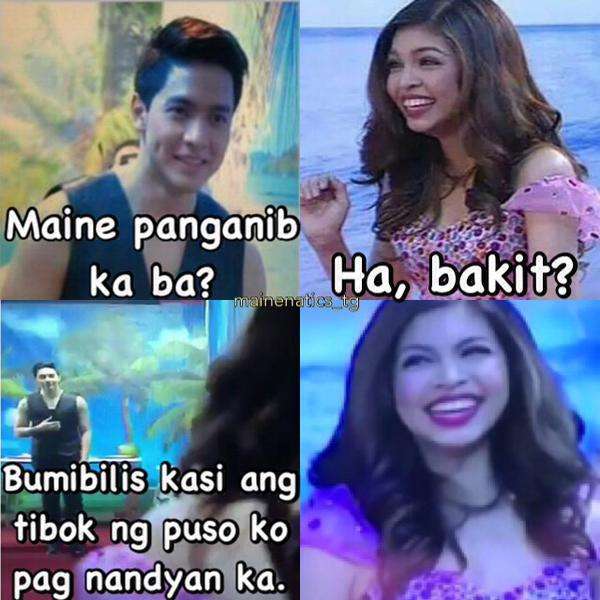 The phenomenal AlDub loveteam of Eat Bulaga’s Kalyeserye caused millions of fans to weep tears of kilig at the Philippine Arena. 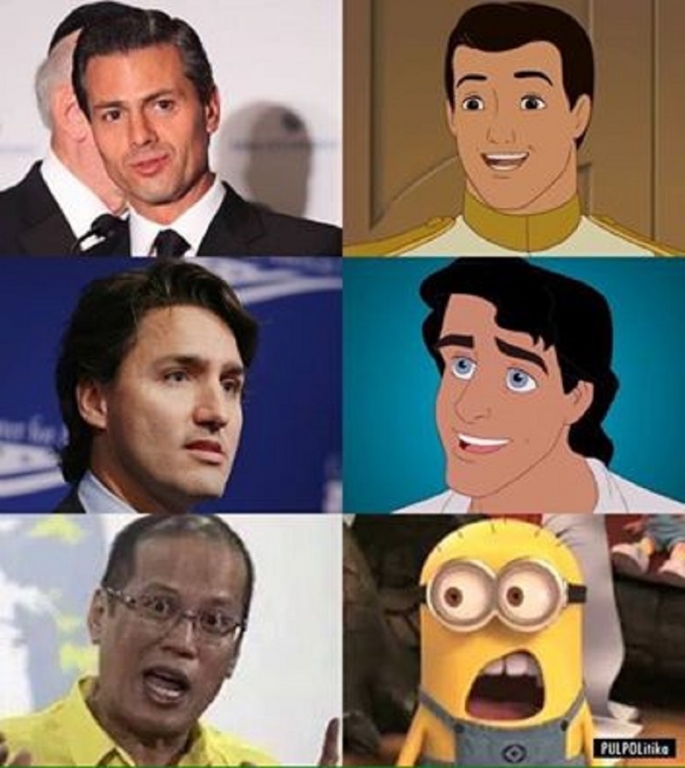 APEC week was horrible for commuters in Manila, but hot damn was it great to see them #APECHotties on primetime news every night!

Alma Moreno urges Pinoys to sleep with the lights on 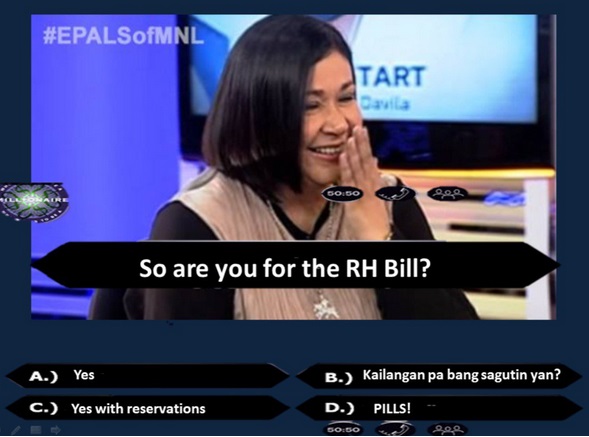 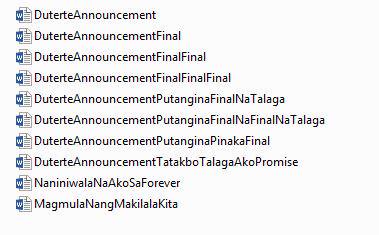 The iron-fisted mayor neatly concluded the first chapter of #DuterteSerye. 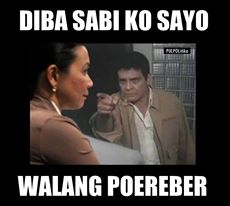 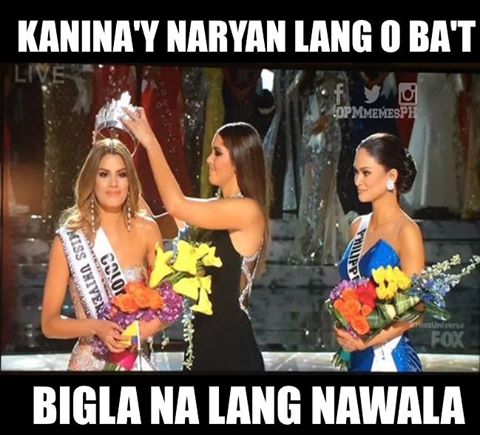 After an misannouncement of winners, i.e. a terribly honest human mistake, the Philippines’ Pia Wurtzbach was crowned Miss Universe 2015 in Las Vegas, Nevada. While the Philippines had a field day over its third Miss Universe crown, the internet was filled with heartbreaking #Colombiazoned (Akala mo ikaw na, ‘yun pala iba!) memes.