From a theology professor to a drunk date: stories of Tinder in the Philippines 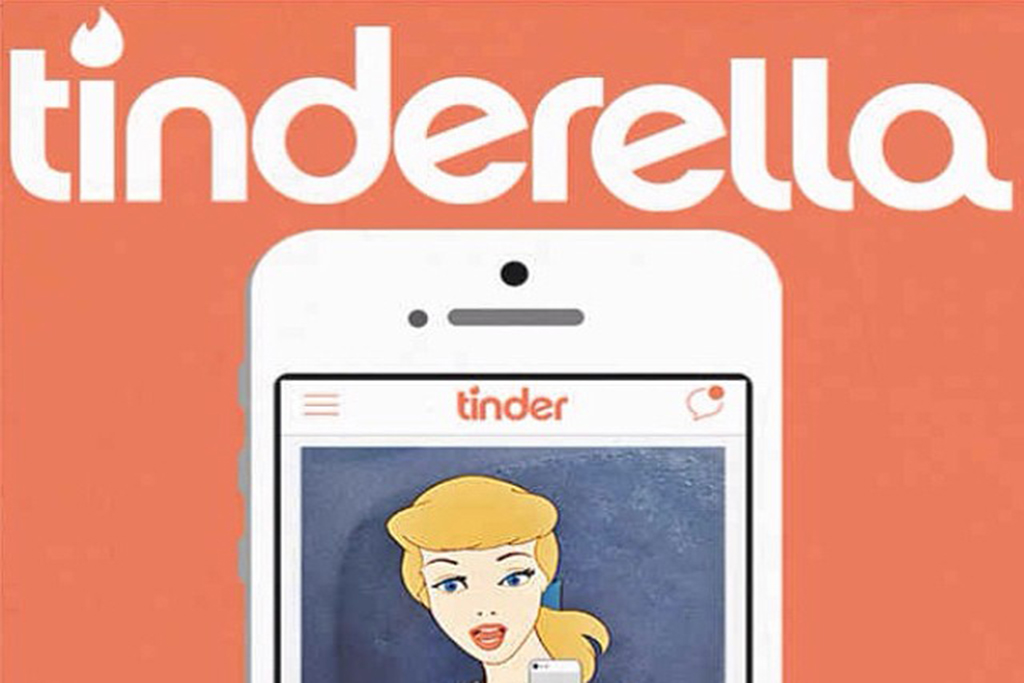 With a simple link to a Facebook profile, Tinder lets you quickly and easily swipe through hundreds of people. If you’ve tried it, then you’re probably hooked on it. If you haven’t, keep reading! As a hybrid between speed dating and a hot-or-not app, Tinder takes out the fear of rejection in dating: you only get to message those that have shown interest in you as well.

And while it isn’t really the hook-up app that people make it out to be, Tinder does allow you to meet people that you otherwise wouldn’t come across. And despite relatively low smartphone penetration, it’s steadily gaining popularity in the Philippines. “We are starting to see growth in the Philippines, but it is not yet a major market for us. We are hoping to see our user base grow there,” said Tinder publicist Rosette Pambakian, in an email response.

So just how effective has using Tinder been for finding love, friendship, or whatever people look for these days? What follows is a short collection of stories from real-life Tinder users on the outcomes of their Tinder exploits. Names have been changed for obvious reasons.

“Thanks to one of my dearest friends, I got introduced to the not-so-anonymous world of Tinder. Being the socially awkward turtle that I am (yes, I’m just like a turtle who’d shrink back into my imaginary shell) I used to just swipe left ‘cause I was afraid to find a match and engage in a random conversation with a stranger.

After a friend told me, ‘it’s not like you’re gonna get pregnant by merely talking to strangers,’ I slowly built the guts to like a few. I got over the fear of liking and getting matches but I still automatically rejected those I have mutual friends with. I’m steering away from the possibility of meeting second-degree friends ‘cause I might bump into them in real life. I just want to avoid anything awkward from happening.

If meeting a friend’s friend is already a huge of a deal for me, how about discovering that my baby-faced Theology prof is on Tinder too? And take note, he even reduced his age to 20! Well, I’m not sure if he’s preying on the young ones since he’s a remarkable and very kind teacher. He even planned to enter the seminary at one point. It’s kind of weird to discover that he’s on Tinder but I also think it’s hilarious. Good luck to your little girl hunting, dear Sir!

But as weird and awkward as it was, I swiped right because I used to have a crush on him.”

“I met this girl in Tinder five months ago. Due to conflicting schedules, it took us a good month before finally meeting up. The first date went pretty well. I thought we both hit it off over a couple of drinks. After that date, vacations and our work schedules kept us away from seeing each other. We still kept in touch fairly often though. After what seemed like countless weeks, I finally got to see her for a second time.

I took her out to dinner and then had drinks at a nearby bar. We decided to keep the night going by heading over to a club with a few of my friends. Over drinks, a friend texted and invited us to head to a nearby club. I pitched the idea to her, and she was game for it. At the club, she seemed like she was having fun and my friends enjoyed her company too. I thought everything was going quite well.

As the night continued on though, she might not have kept track of how much alcohol she had consumed. She started to get really drunk. One thing led to another — we started making out in the club.

She asked me if this was a one time thing for me, or if I thought it was real. She even interrogated me about me about my exes. I told her that that I really liked her and what I felt for her was real. Looking back on it now, it probably didn’t matter what I said though; she was hammered and would never remember anything.

She was eventually accompanied by my female friends to the bathroom to help her throw up all that mixed liquor. After that, I guess the fatigue kicked in because she passed out on the couch in the club. At this point, my friends and I decided to call it a night. I took care of her until she was sober enough so I could drive her home.

The next day, I received a text from her, apologizing for the previous night and thanking me for looking out for her. Despite that though, things were never the same. Since that night, her calls and messages became shorter and shorter. Perhaps she just wanted to move on and forget that experience. I really liked her but maybe it’s not meant to be. I guess that’s Tinder!”

“Well I talked to someone who was disgustingly direct and told me to ‘Come to my room and f*ck me.’ So I said ‘you might find better luck with someone else.’

And then there’s also one who I still keep in touch with until now. We started talking since March and he will be here this month. Nothing serious though. I don’t think anyone should take that app seriously. It’s cool to meet new people, make new friends. But anyone who takes that app seriously is a fool.”

“A friend introduced me to Tinder. Showed me how to do it, swipe left, swipe right. I was nine months single, why not?

One day, I randomly chose one of my matches. He was a two-day old match, Matt. It started with “Hi.” We were a mile from each other.

Our conversation was a breeze. It didn’t seem like we were total strangers. We found common interests and friends right away. We’ve communicated constantly for months now, but not every single day, which I liked. I guess that’s what made this different from all the other encounters: started on a light note, and nothing seemed forced.

It was hard to find time to meet up because we both had plans pinned down prior to Tinder. It took about a month ‘til we made time to go out. Hours passed quickly on our first “hang out.” It was like two friends catching up. We then started to workout together, lunch, dinner, movies — whenever possible.

Just recently I had to leave for a 2-month business trip, and Matt made sure we kept in touch. He could have just stopped, but he didn’t. When I got back from that trip, Matt invited me to catch up, and we talked about a lot more, including personal things like dreams and relationships.

It’s only been a few months and I can’t really conclude anything from my time with Matt. I wouldn’t call it dating for sure, but Matt and I definitely do have a great time with each other. Tinder was fun and interesting, but it got too time consuming and I eventually deleted my account.

It made me think though: outside Tinder, it’s very unlikely that Matt and I would ever cross paths, so no regrets. No one’s rushing into anything yet, and the least that can happen is I’ve gained a great friend.”

“One of my first matches on Tinder was a real standout. We had a mutual friend and a lot of shared interests, although those didn’t really matter as I was totally drawn in by her beauty already. I swiped right the moment she popped up. A few minutes later, she swiped right on me as well. We started chatting right away and I could almost tell that she was smart, nice and fun. But our conversation was cut short by a surprise quiz right after a lecture in class. I got zero in the quiz (of course) but a perfect 10 in my match.

I messaged her shortly after to see if we can pick up where we left off. While waiting for her reply, I checked her other photos and one got me thinking. Everything in it — the place, the faces, and even the tables — was strangely familiar. I looked closer and saw our only mutual friend — my distant uncle! The photo was from our family reunion just a few months ago! I quickly blocked her on Tinder, put my phone back in my pocket, and then listened attentively to the next lecture.”

“I’ve been on nine(!) Tinder dates, but there’s one that I will never forget. We matched on March 12, and 10 days later, I saw him for the first time. We we’re going to meet up for dinner. I’ve been on enough of these dates to know what to expect, and I’ve come up with a sort of strategy on how to deal with these things.

Plan A was to go for dinner, and if things went well, I’d take him out with my friends for drinks afterward. Plan B, if I found that I wasn’t into him, was to simply have dinner, and come up with an excuse on why I had to head home early after.

As it turned out, I didn’t need to bother with coming up with an excuse. My dream guy had always been the perfect mix of dorky and fun. As an engineer visiting and doing volunteer work here in the country, he immediately checked all the boxes. We even developed really geeky inside jokes, like how engineers always have pencils. He brought one to dinner.

I always describe that night as magical, even though to an outsider, it didn’t seem all that magical. I felt like we had our own bubble, and I was oblivious to the rest of the world.

Like I said, I’ve been on enough dates, so I also know that disappointment comes when you start to expect. I never heard back from Mr. Engineer after that night. In fact, from the nine Tinder dates I’ve been on, I’ve never really taken any of them to more serious levels. You would think I’d be sick of the app by now, but I’m not. In fact, I still enjoy it as much as the first time I ever used it.

Tinder can be a lot of things to a lot of people. For me, it’s a fun way to meet persons I would never meet otherwise, and I’d never bet on finding my soulmate there. I’m sure it’s worked out for others, but that’s never been my intention, and for that, I think it’s worked out just fine.”

“My officemates bullied me into downloading Tinder after I went through a breakup. It was awkward and boring at first.

But during one of our lunch breaks we group-Tindered and found potentially cute guys. It’s exciting every time one of us gets a match but most of them just start and end with ‘watchadoin’ or simply a ‘hi.’

Then there was this one guy that my friend swiped right for me and started chatting with him as if she were me.

We were actually able to carry on the conversation the next day until I realized that he looked like my kuya!

Uh, no thanks, I don’t want to Tinder with my brother.”

Have your own Tinder tale to share? Send us an email at [email protected]

This coming Valentine’s, send a Laing Leaf poem to your loved ones