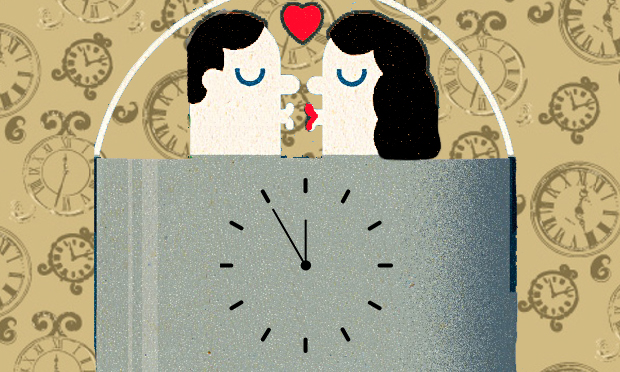 If the dating scene was a pool, how far and how fast are you wading in it?

Growing up, I’ve mostly been on the fence as far as dates were concerned. I never looked at boys with disgust for having cooties, or whatever cutesy reason little girls had for playground misandry (alternate term for your consideration: manhating).

Save for the occasional school activity requiring dance partners or alphabetically assigned “dates,” my elementary school self saw boys exclusively as buddies with whom I could gush over K-Zone, swap Ragnarok stickers, and enjoy patintero in the school yard.

My days of being one of the boys waned when I was sent to an all-girls’ high school. My scraped knees disappeared beneath calf-length plaid skirts, and sheets of oil control film quickly replaced the stash of Yu-Gi-Oh! cards in my pocket.

University life marked my welcome into the warm, wild and winsome world of mass communication. Observing the dearth of straight guys, my friend Jodesz once described our college’s admission policy as “once you’re in, you’re out.” Not surprisingly, my last university date was with someone from another discipline – though I’d later discover that his idea of dating included spreading stories about trips we never went on and “moments” we never shared.

My generous supply of romantic mishaps makes for great entertainment when playing “I’ve Never” on walwal nights. But a part—okay, maybe more than a part—of me still holds out hope that all those misses are mere preludes to a grand hit.

Perhaps it’s this glimmer of hope that led me to sign up for a speed dating event at a quaint cafe in Maginhawa. From up on their walls, Frida Kahlo and Klimt’s gold-gilded lovers quietly pass judgment on us: 24 singles optimistic and/or misguided enough to try and turn our luck around on a Friday the 13th, the godforsaken night before Valentine’s.

It’s not like I set out to be a V Day buzzer-beater though. I tried registering for three similar events earlier this February, but was turned down each time because —gasp!—the female registrants always outnumbered the males.

This is apparently a common occurrence. My workmate shared that her first foray at speed dating also became her last, with the ratio of girls to boys at a dismal 5:1. She rolled her eyes at the memory of how the girls were all dolled up, while the guys showed up in T-shirts and shorts—some of the guys even looked like bystanders or passersby dragged by the organizers to the venue at the last minute. She and her new-found girl friends ended up ditching the joint and partying ‘til the wee hours somewhere far, far away from their Prince Charings. 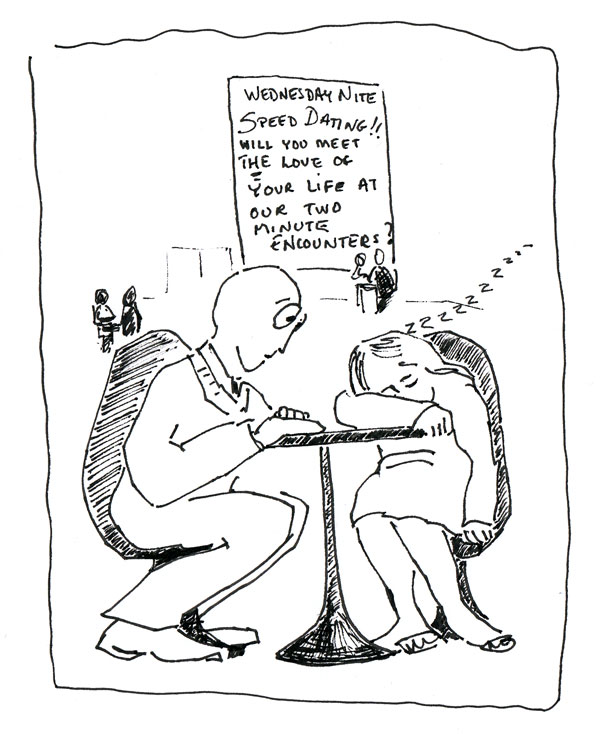 Thankfully, the ratio of men to women isn’t too great an issue back in Maginhawa. The event ticket also includes a dinner and unlimited servings of the cafe’s tanglad juice—if all else fails, I could at least drink my weight in lemongrass to wash away the disappointment.

A table is set up for each of the 12 female participants. The 11 guys and the remaining girl take turns in a glorified game of Trip To Jerusalem, stopping by a table for 5 minutes until a bell rang to signify the move to the next.

I was keen on trying speed dating to meet new people outside my usual social circles. But I soon realized that for better or for worse, speed dating feels less like “Blank Space” and more of “It’s A Small World.” I squealed with delight upon discovering that one of the registrants and I had a common friend, but the former only summarily cringed and said, “Oh, it was a bad break-up.” Right-o, duly noted.

It came as a greater surprise to discover that said registrant did not know me until then, but knew of me through the ex and old posts from my now-defunct blog. There’s also the guy I could have crossed paths with in the past or the future. He too played the ukulele, fell prey to onion-chopping ninjas while watching La Vita E Bella (which just so happened to be, oh, my favorite film of all time) and considered Cubao X his happy place.

Meeting a social science major taking up his second degree got me thinking about reinvention, and the paradox of how continuous education leaves us feeling that there’s always so much more to learn, re-learn, and unlearn.

A harsh reality check was in order, however, when a Physics freshman sauntered into the seat across mine. He couldn’t have been 18 years old and it was tempting to ask if his mother knew he was out on speed dates. But I held my tongue, and tried my hardest to push back the thought that this kid was in elementary when I was a college freshman.

The best aspect of speed dating

Most of the boys were good conversationalists, making sure to volley questions back just as soon as they’ve finished answering mine. Some lost track of time and practically gave a monologue about themselves, while others still meandered on different subjects before saying, “Uhm, ano pa ba?”—but hey, no hard feelings. Just a cautionary tale for future speed daters out there, regardless of gender.

By the time the last fellow reached my table, he motioned at the counter for a Pale and said, “Can I be totally honest? Am I the only one who finds this tiring?”

I laughed in agreement, ordering a Pale for myself. We called a toast for new-people fatigue, as well as a shared disdain for Lights and Oblicon.

The best aspect of speed dating is its very finiteness. The challenge to make every minute count is there, but so is the comfort in knowing that each encounter—especially less than desirable ones—do come to a definite end.

Last Friday the 13th, it dawned on me that even the most abrupt endings could be the prologue to promising beginnings. And sometimes even with a dozen possibilities, one (or two or three—depending on who you ask) is enough to keep a smile on your face all night.