The shitty writing jobs on Craigslist

“How refreshing it was to see your advertisement among the slurry of mechanical paid-to-write jobs on Craigslist.” — That was the opening line of the application I sent to the first company I came across that seemed somewhat legitimate. Such is the sad state of online writing jobs that even the slightest hint of promise from an ad can bring so much positivity. If you’ve had the opportunity to scour the interwebs for writing jobs, you know what I’m talking about; but if you haven’t, indulge me for a little while longer.

At the time I had been trying, very unsuccessfully, for almost two years to make a living as a freelance writer. Having some aptitude for writing, I felt that this might be a means to put food on the table while doing something I actually enjoyed. The reality was that: 1) I never had enough money for all my needs — never mind any of my wants; 2) I wasn’t enjoying my day job at all; and 3) The stress, aggravation and heartache from it all was sending me into a downward spiral. 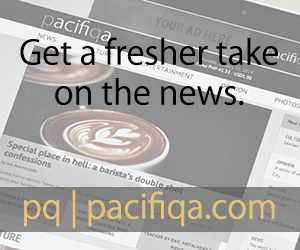 It’s not that simple

The vast majority of writing work on sites like Craigslist, oDesk and Elance do not require expertise in a field other than English (I use the term expertise very, very loosely). Some of the most popular positions are writing articles for search engine optimization (SEO) and writing in the Romance and Erotica genres. At first glance, SEO article writing seemed straightforward enough — easy brainless writing that could be done quickly. So, with the zeal of a newlywed, and the naïveté of the same, I started on a career path for which I had high hopes. It was not long before I discovered that I was keystroking myself headlong into a cold winter of writer’s discontent.

The first lesson I learned was that SEO writing involves quite a bit more than the skill and time in banging out a 500 word article lauding some destination or activity. First, the word count is misleading, to put it kindly. 90 percent of the gigs I took on involved writing one original 500-word article with keywords and proper formatting, and then writing another 500-word article on the same subject, with the same keywords. It is essentially saying the same thing as the first article but writing it in such a way that the second article cannot be considered a plagiarized copy of the first. In the dark world of SEO, this is creatively called “spinning.” That 500-word article you thought easy is now twice as long, and several times more difficult to pull off.

When I was lucky enough to receive keywords that were easy to incorporate into an article, the job, double-length notwithstanding, was easy enough. However, this was the exception rather than the rule.

Here is one example of a typical keyword phrase, or meta keyword, that I had to work with: Honeymoons Saint Lucia. If the grammatical gremlin of this phrase is not immediately apparent to you, try it for yourself and see how difficult it is to use that exact key phrase without modification at least five times while writing in proper English.

While writing this piece, I also performed searches for SEO writing jobs on Craigslist and oDesk, the latter having merged with Elance. What I found was even more shocking than the realities I came to know of when I first started freelancing full time. (I should mention here that I skipped checking the People Per Hour offerings. The name alone brings visions that even some sweatshops might have nightmares about.)

Apparently, the average 2012 remuneration of US$5.00 for a 500-700 word article was too high; the outsourcers had to cut costs even further. Below is a brief rundown of the state of the market as it is now.

Typical payment for a 500 word article is US$2.00 and turnaround time is 3 hours. oDesk automatically takes 10 percent of your payment as their service fee and between online payment service and Philippine bank fees, about another 7 percent is taken from your funds. Doing some quick math at the current exchange rate and assuming you put in a typical eight hour work day, you would net just shy of PHP201.00 daily.

An unskilled construction worker here in Baguio at the provincial rate would earn between PHP250-350 a day. In Metro Manila, it would be between PHP350-700 — food for thought, in my opinion — and certainly a lot more food on the table for the common laborer’s family.

If nothing more than to drive home my point, and in case the facts were not enough to make you cringe, I will leave you with something I have copied and pasted verbatim from a posting I found on oDesk recently:

I need writer(s) who can creatively write reader-friendly articles. I need at least 2 to 4 articles done in 1 day with at least 1, 200 words each article. This project is about 10-posts/articles. Deadline for 10 articles is 5 days.

1$ for 1 article. Lower bidder can have this job. Topics vary from gift ideas to holidays, from messages samples to writing descriptions. Copyright of all written materials will be mine after submission, so you cannot use them in any purposes (e.i. Sample of work, portfolio, etc.)

Five people applied to this job as of this writing. I can only imagine what the lowest bid is.

Darius Nease is an author currently living in Baguio. His published works can be downloaded at Smashwords.com. He may be contacted at [email protected]

4 Responses to “The shitty writing jobs on Craigslist”

Your next house could be made out of bananas

Your next house could be made out of bananas 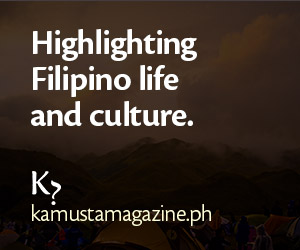 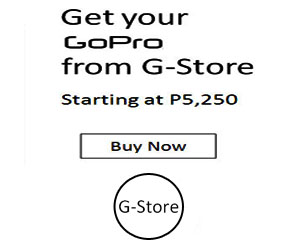 MUST-READS FROM AROUND THE WEB

There’s Something About Molly

In the Beginning, There Was a Nipple

How Janet Jackson’s wardrobe malfunction, all nine-sixteenths of a second of it, changed TV, the internet, and American culture.

A lot of people have asked me what reporting in Tacloban was like. It was hard to explain, so I wrote about it.