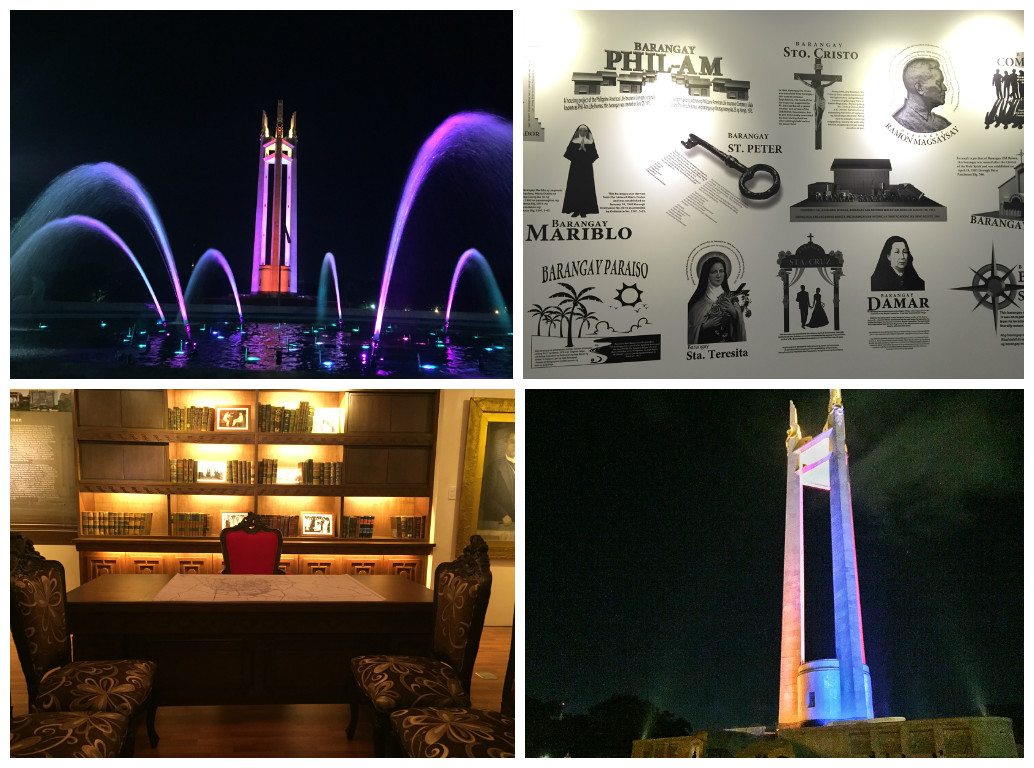 Like every city in the world, Quezon City (QC) started from humble beginnings. In 1939, while former president Manuel L. Quezon was walking atop the hills of Diliman with his colleagues, he dreamt of a city that would become the country’s capital.

Looking at the vast stretch of grassy plains, he envisioned the Malacanang, the Supreme Court, and other government offices to be built around the area that is known today as the QC Circle.

From the hill to the hub

Even wealthier than the financial capital Makati City, Quezon City is now the richest city in the Philippines, with bustling commercial centers like Araneta Center in Cubao and Eastwood City in Libis.

QC is also home to the country’s biggest media networks, ABS-CBN and GMA, making it the Entertainment Capital of the country.

Behind every city is the story of its people. The story of a city can be retold through historical accounts. But how can we relive history? Simple: through the time portals of a museum.

While QC has been named as the richest city in PH a number of times, it is yet to establish itself as the premier city of the Philippines. Vice Mayor Joy Belmonte said that one way to achieve this is by building a museum.

QCX was planned in 2006 by Belmonte and Mayor Herbert Bautista, together with then-mayor and current House Speaker Feliciano “Sonny” Belmonte. Their aim was to build a museum focusing on the culture and history of QC.

The conservation team went to museums in Taiwan, Germany, and Singapore to gather ideas for the first ever interactive museum in QC. 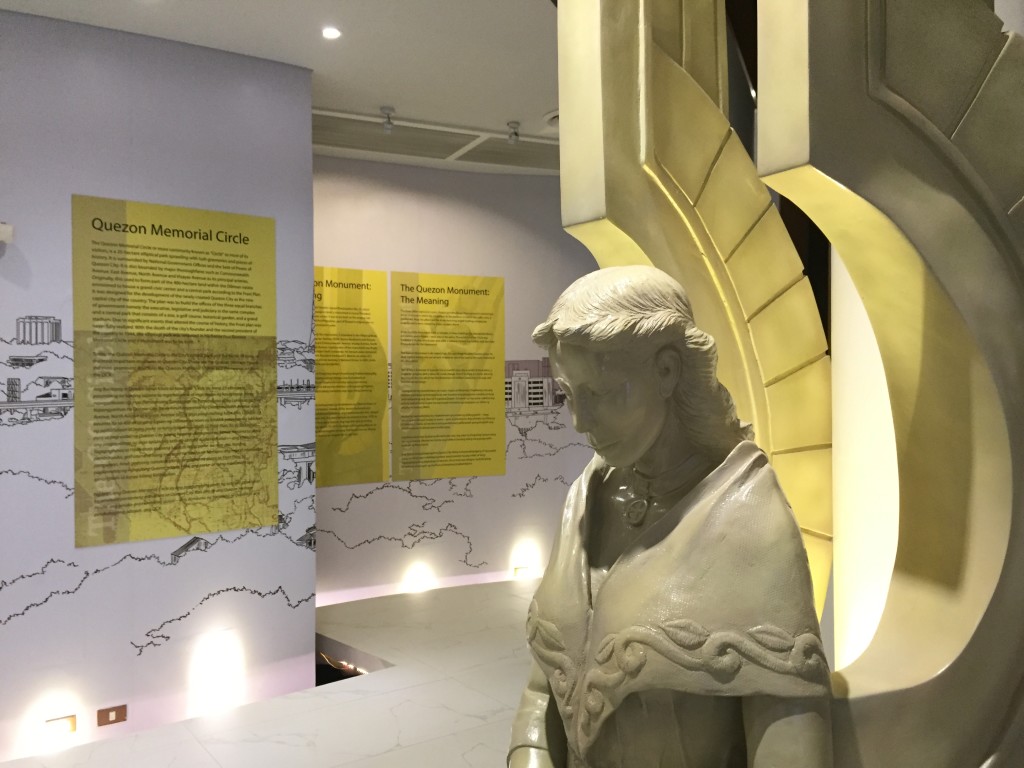 Bautista said QCX focuses on historical experiences, rather than on relics and artifacts.

The biggest inspiration of QCX is Singapore’s Social History Museum, where they got the idea that museums are really anchored on telling the stories of people that make up a city.

In every section of the tour, you will hear voices: of Quezon sharing his vision of a global city; of the ghosts that haunt the fire-stricken Ozone Disco; of the architects who designed iconic structures like Welcome Rotonda, Araneta Coliseum, and Iglesia Ni Cristo central church; and of barkers and jeepney drivers.

Beyond the picture-perfect vision for QC

What sets QCX apart from other museums is it doesn’t only exhibit QC’s fascinating cultural points, it also shows the challenging issues that haunt it. There’s the legend of white ladies in Balete Drive but there’s also the tangible horrors of the city like pollution, traffic, and poverty.

“Kailangan ipakita mo rin ‘yung challenges ng Quezon City kasi we want the public to be part of the development of Quezon City. We want them to know the issues of Quezon City,” Bautista said.

“This is just the start, the challenge really is to maintain and to make it known to the people and make people visit it and feel the experience of the QCX.”

Since everyone is invited to join the QC Experience, take a look inside QCX and relive the city’s history. 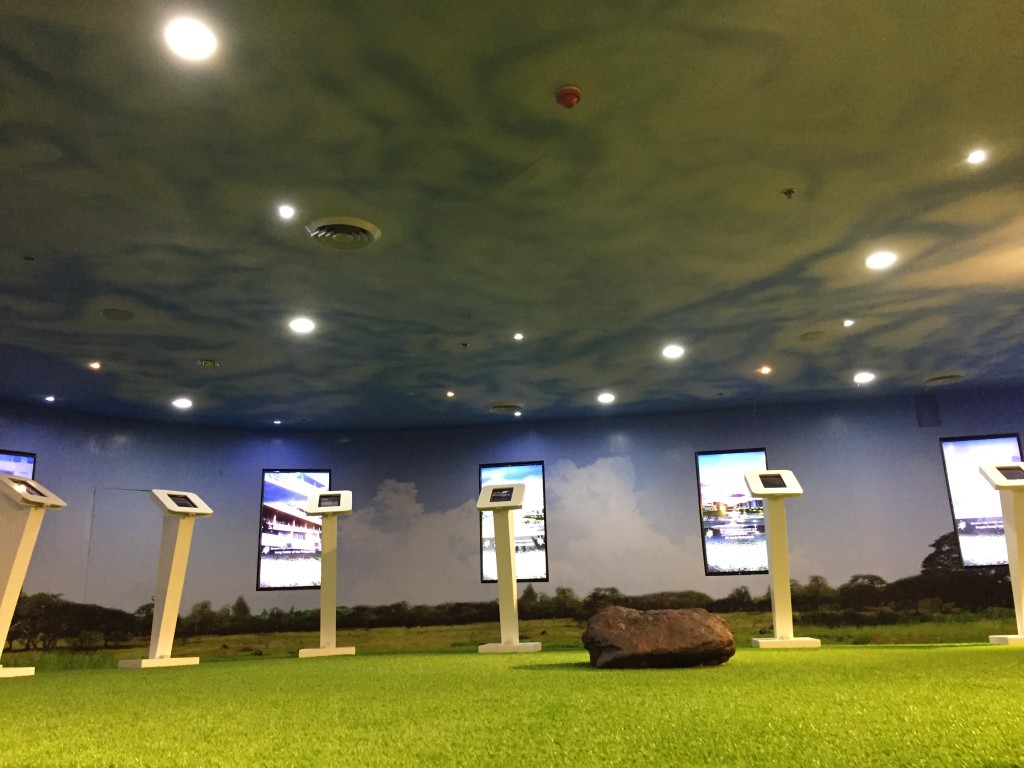 The first time portal of QCX takes you back to Constitution Hill, where Quezon dreamed of transforming the vast sea of grass, plains, and hills into Quezon City.

2| Get comfy in Quezon’s maple-furnished office in Malacañang during the Commonwealth Era. 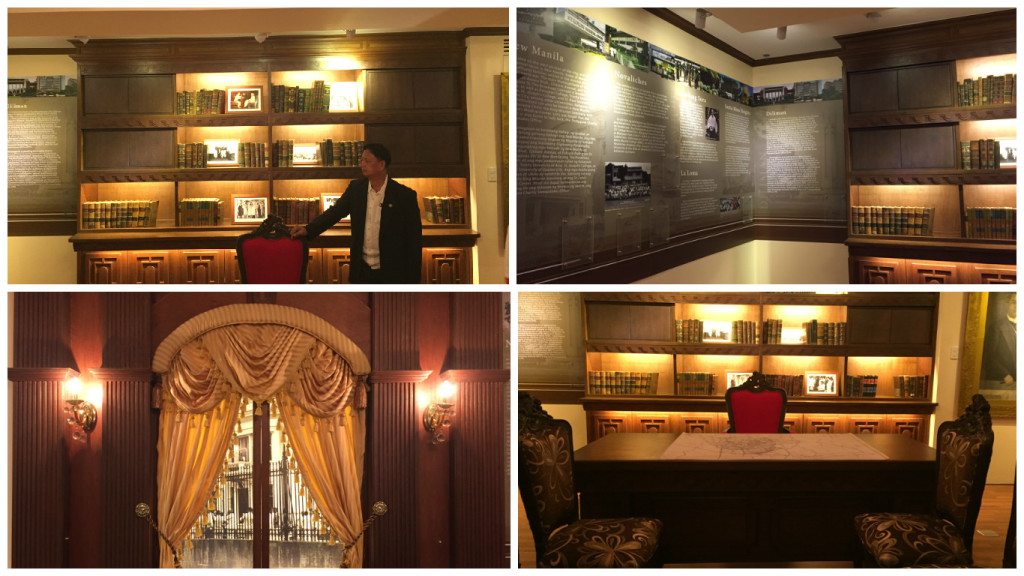 Enter Quezon’s posh Malacañang office and pretend to be president.

The second time portal shows what a Malacañang office looks like in the 1920s. The orderly arrangement of books and Quezon’s striking portrait adds to the overall feel of his respectable status.

3| Be spooked by Serafina the Ghost and explore QC during the war-torn 1940s. 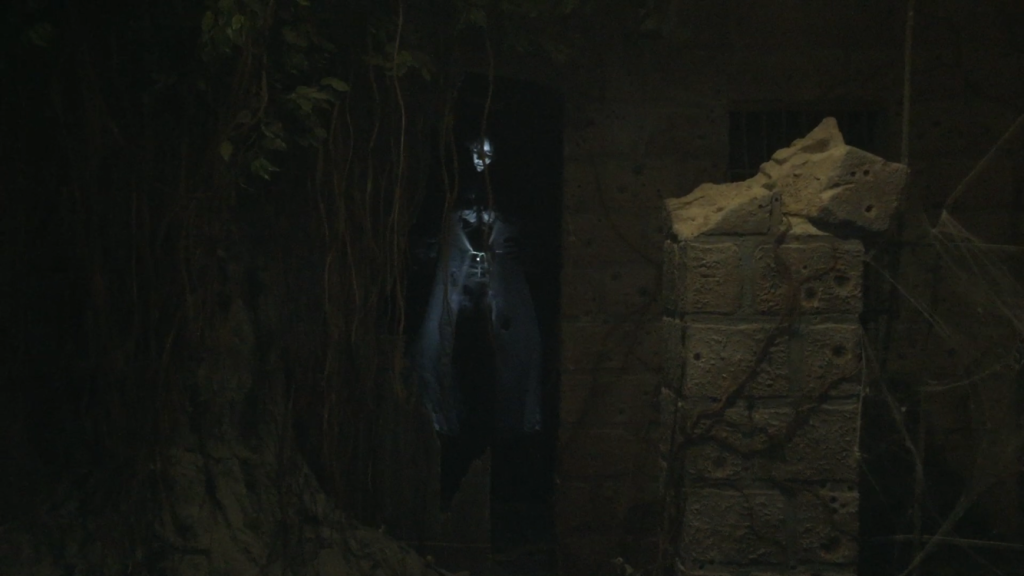 Perhaps the most popular horror story in QC is that of a white lady in Balete Drive, New Manila. The white lady, named Serafina, is believed to haunt solo drivers who pass by the area. Rumor has it that Serafina was a woman sexually abused by Japanese soldiers during World War II.

So while embarking on a WWII trip within the walls of War Gallery, don’t be surprised if you hear occasional grunts and moans. They are from Serafina of Balete Drive.

When the WWII broke out in 1941, fear spread like an epidemic in Manila. To address the sheltering needs of Manileños, Quezon designated QC as their permanent asylum. Quezon assigned assistant mayors, such as Tomas Morato, to supervise the peaceful migration of residents.

Not only did QC became a sanctuary for homeless Manileños but also to American troops in 1945, who later established entertainment bars in the area. 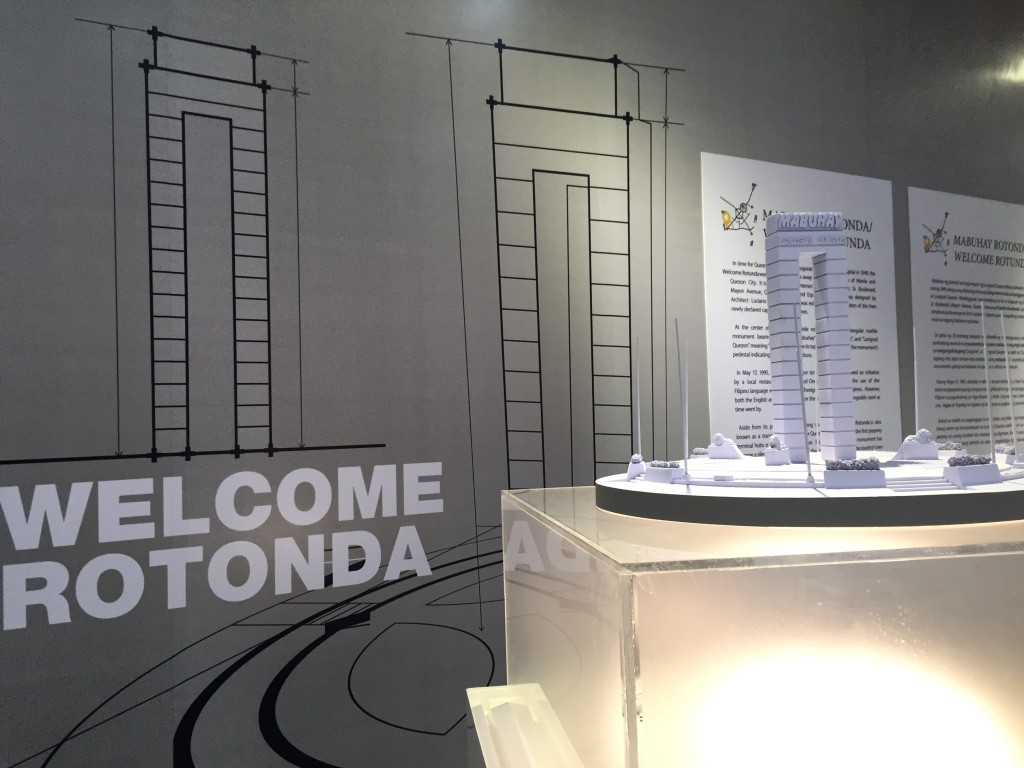 These historical landmarks have now become a guide for QC residents who take public transportation everyday. 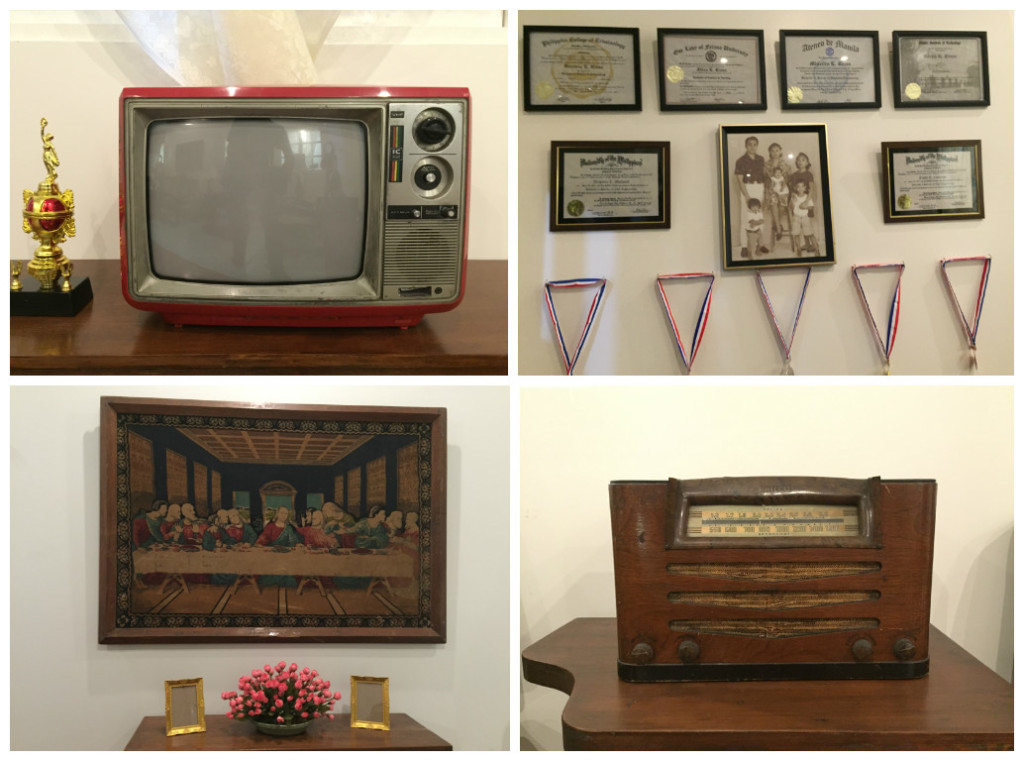 Wonder why some portions of QC are named from Projects 1 to 7? That’s because these used to be housing projects of former presidents Quezon, Elpidio Quirino, and Ramon Magsaysay from the 1940s to 1950s.

See how a Filipino house looked like during the first half of the 20th century. From then until now, most of its features are still staple sights in a typical middle-class house. Remember listening to big-boxed radios? How about seeing walls tainted with diplomas and framed pictures from lolo’s World War II photo up to bunso’s kinder graduation? 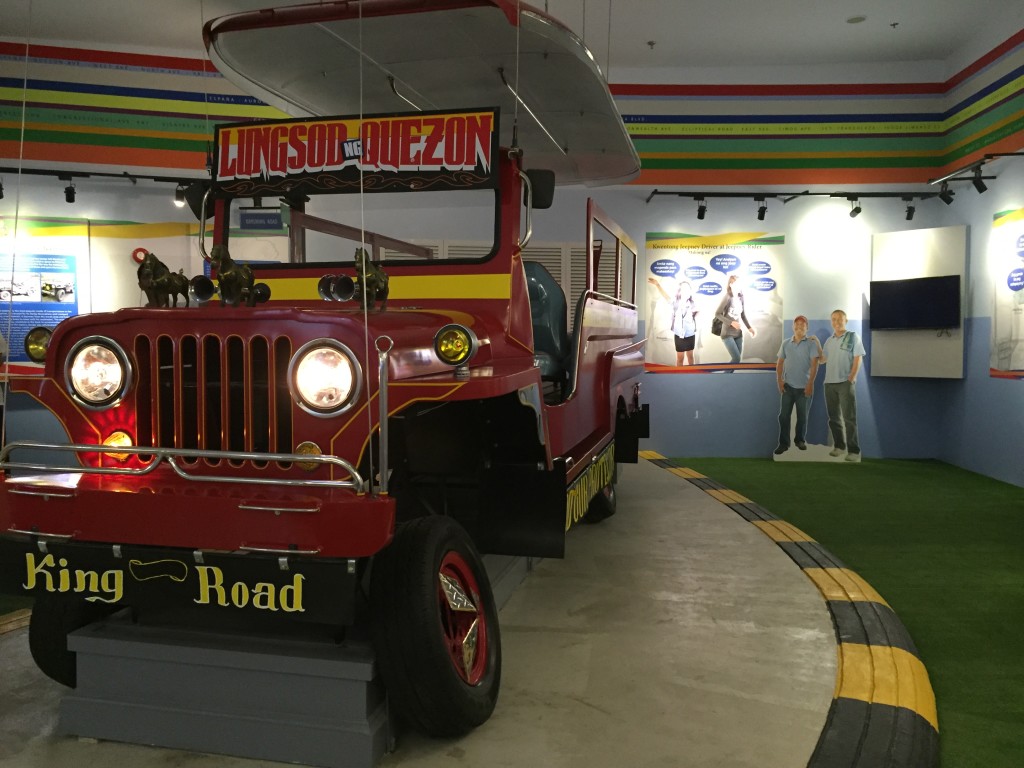 Jeepneys abound in QC and they’re a convenient way of getting around the city. For starters, it doesn’t hurt to learn the following phrases, aside from the staple “Bayad po” and “Para po”:

7| Pretend to be a news anchor and watch a film in a 1940s-themed movie house. 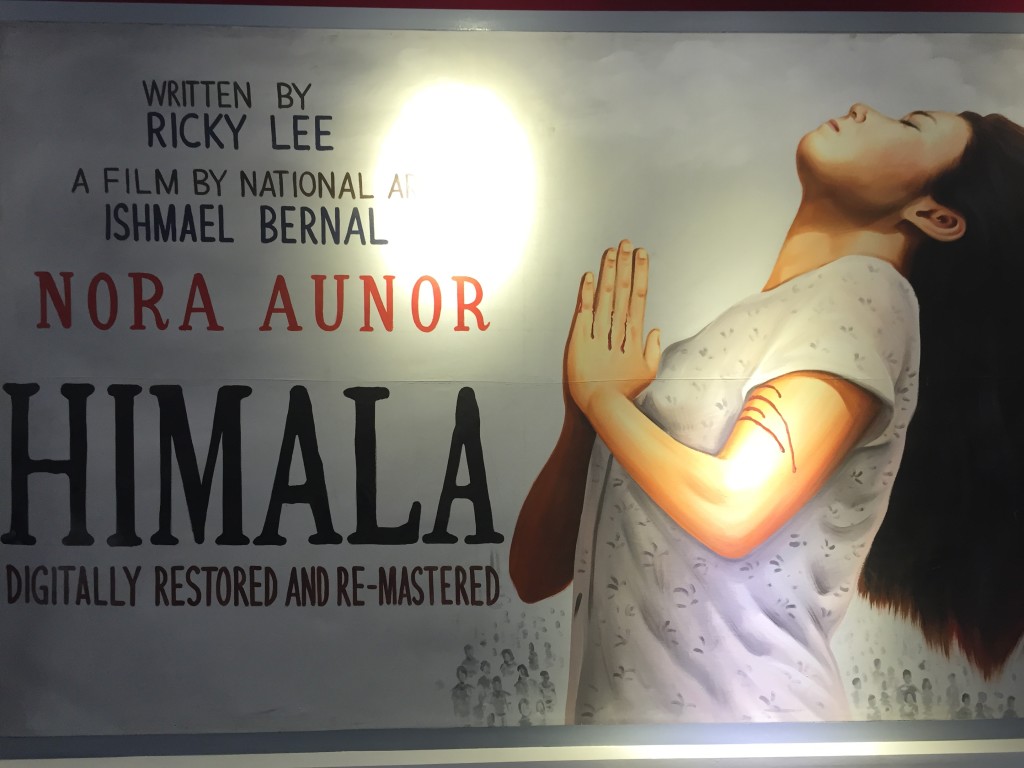 Aside from being home to ABS-CBN and GMA, QC was where Sampaguita Pictures and LVN Studios were born. These were two of the biggest movie production companies during the heyday of Philippine cinema.

From the 1940s to the 1980s, art deco movie houses in Cubao showcased films starring Susan Roces, Gloria Romero, Nora Aunor, and Vilma Santos. Sit on a cushy chair and watch the 1982 release of “Himala” by Ishmael Bernal.

After that, rehearse a TV spiel, sit in front of a camera, and pretend you’re a budding news anchor delivering breaking news.

8| Learn about the challenges faced by QC.

Even the richest city in the country is stricken with poverty, traffic, pollution, overpopulation, and crime, just like the rest of Manila.

“Social issues make a community very human,” said Prof. Eric Zerrudo,  a conversation specialist from University of Santo Tomas and vice chair of the National Commission for Culture and the Arts. He spearheaded the cultural mapping of all the 142 barangays of QC.

Instead of letting negativity affect the totality of a city’s image, QC honestly presents its flaws through art.

9| Horseshoe? Bahay Toro? Know the history behind the names of all 142 barangays in QC. 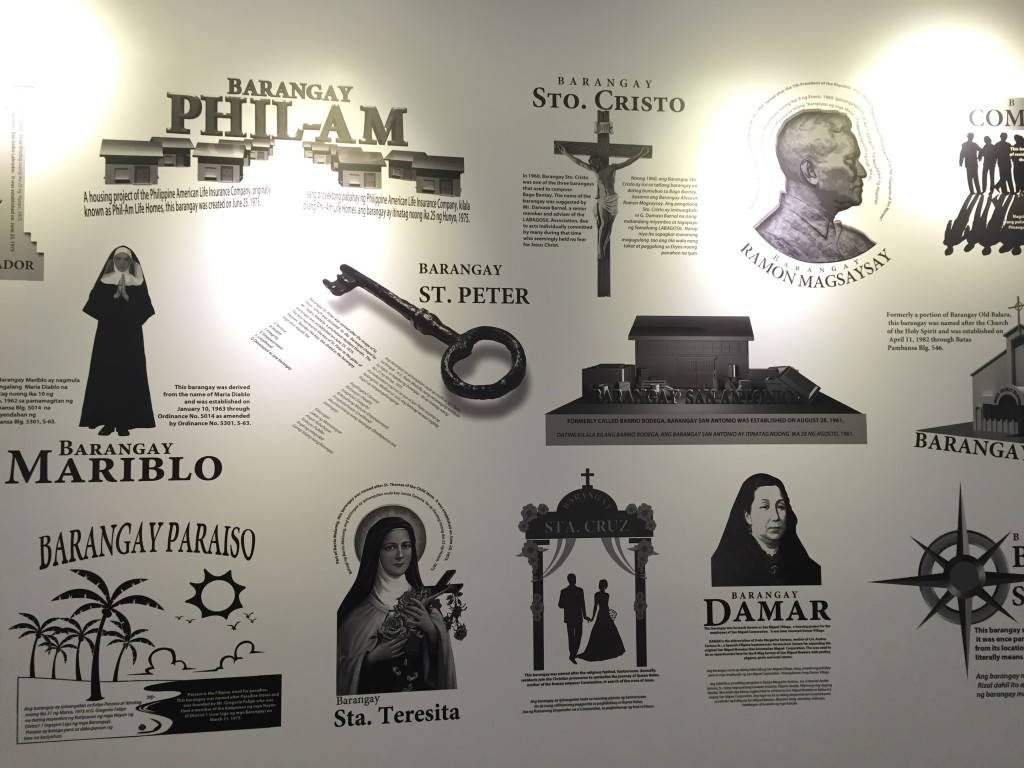 Sure you’ve heard weird names of barangays like Pasong Putik, Bagbag, and Bahay Toro. But have you ever wondered why some places were named after fruits (Pinayhan, Manggahan, Santolan). But when you go there, there is no trace of any of those trees.

Of all the 142 barangays in QC, you will be surprised to know how diverse their names are. They might sound as random as Barangay Horseshoe or as mundane as Barangay Manggahan, but when these barangays are juxtaposed together, they compose a historically diverse portrait of QC.

10| Come out with a changed perspective on QC. 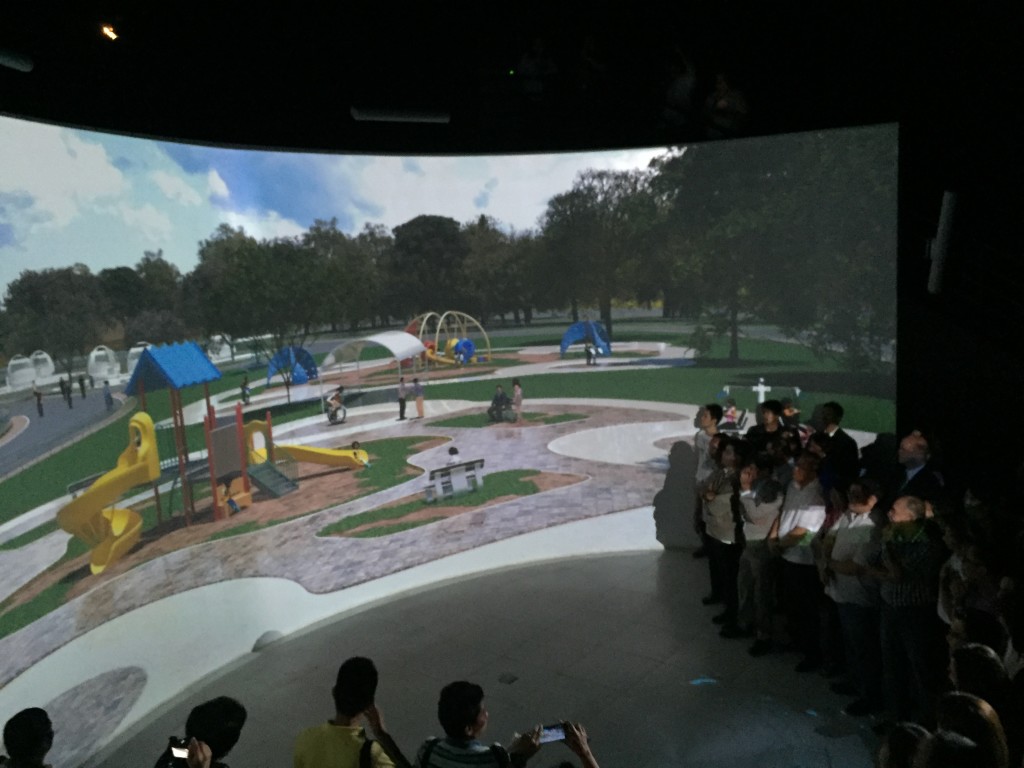 QCX may not be at par with the Louvre in Paris or to the Social History Museum in Singapore, but by offering outside-of-the-box ideas, QCX is a good start for the future of modern museums in the Philippines.

We’re living at a time where there’s a drastic shift from the traditional to conventional. As explained by Prof. Zerrudo, instead of building a museum that is anchored on the stories of one important person, the government must preserve the stories of the common people that make up a city.

“You have to make it alive. Remember that the word “museum” has a stigma. How do you make it an out-of-the-box experience?” Zerudo said. “Sirain mo na ‘yung ganung construct ng museum kasi it’s the only way you become meaningful.”

Conserving the tangible wealth of QC is a wise move to protect its history. But preserving the stories of its people will endure the test of time, translating each story into a lasting experience.