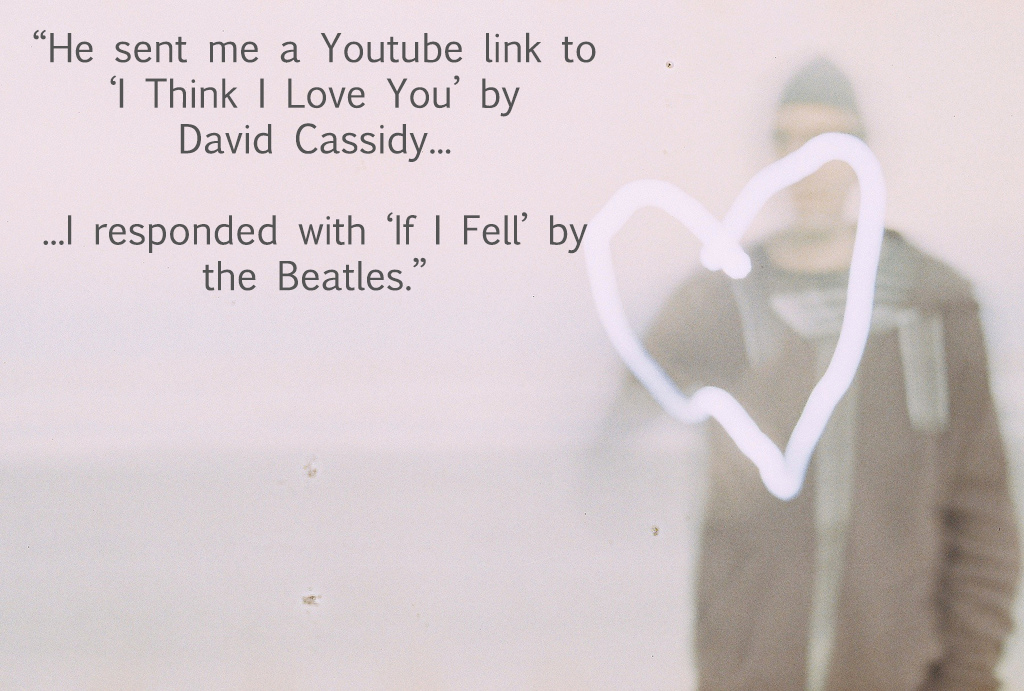 I’ve never really dated — I was always the best friend first, then eventually the girlfriend. However, in almost all my romantic relationships, I somehow always ended up emotionally clobbered. I had so many of what teenagers call “relationshits,” which included being dumped by a man who turned out to be gay.

Dating came in between and after what some would call “traumatic” experiences with relationships. I came to a point when I thought that I was done — done with dating men that are from my side of the world. I made a vow to “play the field” for once before I became a full-blown spinster and to not take love too seriously. That’s when I decided to try out my luck online. I searched “online dating” on Google, and OKCupid.com was the first result.

I’ve always been an exceptional conversationalist, both in real life and on paper, and I love meeting new people from different walks of life. Combining all these factors, I thought connecting to people online was the perfect way to start. It can be a creepy experience, like I might actually meet someone who’s active in that disturbing world called “deep web,” but I figured as long as I had the physical distance and enough Internet savvy to know what’s legit and what’s complete nonsense, I’d be fine. I’d have a couple of pen pals to correspond with, at least.

What I got instead was an online boyfriend. He visited my online dating profile at the perfect time — I was bouncing back from my latest online dating fail (there were a few in the beginning) — and I took that as the sign to establish contact. We exchanged pleasantries about each other’s profiles, liked what we read, and exchanged e-mails. It took a mere month for us to go through what you may call the “Getting To Know You” stage of our budding romance: daily thousand-word emails morphed into all-day Skype text chats; timid and shy (and incredibly sexy) voicemail mp3s sent upgraded into full-blown video calls.

After another month, we both thought that we “sorta-kinda-maybe” loved each other: He sent me a YouTube link to I Think I Love You by David Cassidy, and I eagerly responded with If I Fell by The Beatles.

Some might think that was pretty corny, but that kind of connection is what drove him to buy a plane ticket to visit the Philippines and be with his girlfriend for a two-week vacation. And you’d think the first meeting would be awkward, but we’ve spent so much time and effort getting to know each other online that it felt like we were experts on each other’s personalities. From the first moment I laid eyes on him at the airport, to the moment he rubbed the sides of my arms before embracing me tightly, the tingly feeling in the pit of my stomach told me this was going to be a couple of weeks I will never forget — no matter how this will turn out.

And although two weeks seemed short, that’s all the time it took for both of us to realize that our online chemistry translated into realness and more. We both felt big. He went back to the States, quit his job, sold all his possessions, and after a couple of months bought another ticket back to the Philippines, this time with the intention of staying for a full year.

When the year was up, I pretty much knew I was going to marry him (and of course, like a little girl, I kept that feeling to myself). I guess the universe had similar plans because he invited me to come back with him to continue the dream.

He proposed to me on New Year’s Eve while I was cocooned in his arms, after he downed a mini-bottle of pure Absinthe that prompted him to go straight to bed:

Him: Do you want to get married?

Him: Do you want to get married?

Me: Are you sure?

Him: so…will you marry me?

Me: Hell yeah! I’ve been sure for a long time, too!

We got married thirteen days later — on Friday the 13th to be exact — two months before what would have been our second anniversary as an online couple. I put on a $20 white dress and heels, got on a train to the courthouse, and married the man of my wildest dreams.

To date, we have been in a relationship for four years, two of them as a married couple, and it has been great. We may have had a beginning some may consider quick and reckless, and sure, like regular couples we’ve had both good days and bad, but over the past few years we’ve grown so much together into something strong and steady.

From my archives of emails:

I just wanted to say that you’re the best wife I could ever ask for. When I think about what a marriage should be like, I think about ours. We are always honest with each other, loyal with each other, and supportive of each other. You’ve been helping me be the best I can be – I couldn’t have done everything I’ve done in the last three years alone. You keep me stable and in the right mindset, even if sometimes I get out of it and into a funk every now and then.

I love you more than anything in the world, and I hope you know that everything I do, I do it for us. We’ll be together “till death do us part,” and I’m not scared of that at all. I couldn’t think of a better person to be tied to for the long run.

Let’s make sure that every year we feel the same way – not some kind of ecstatic, manic love, but just steady, solid love. Steady, solid things last, giant flashes of brilliance fade and eventually are forgotten. If we keep it steady and loving and supportive, we’ll never run into a storm we can’t weather.

It’s true, I met the perfect partner I could ever ask for through online dating, but that’s not the only thing I got from my experience. By leaving all my doubts and preconceived notions behind, online dating allowed me to dig deep and get to know myself better than before, in a way that revealed the kind of life I wanted to lead and with whom. It encouraged me to see lack of proximity as a challenge to become more open and descriptive with my life rather than as a limitation that can rule out potential acquaintances, friendships and romantic relationships.

Don’t get me wrong — finding your next relationship on the web is not always a guarantee, but that trying to find love via internet, at least once, can arm you with the necessary tools to find “the one.” Just ask the growing number of online dating success stories out there, present company included.