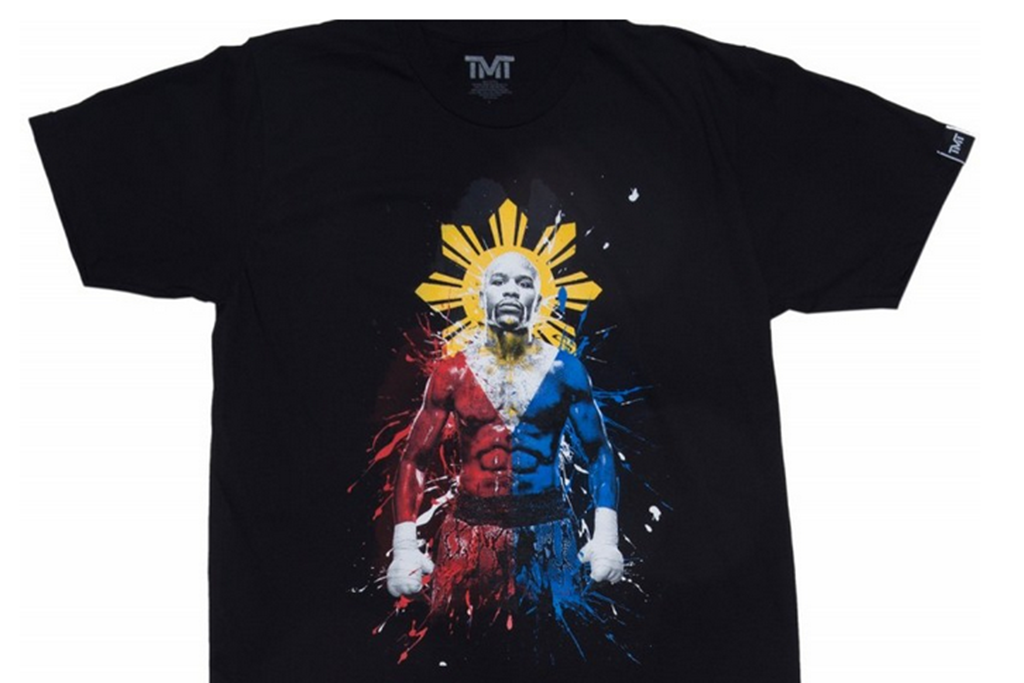 Aside from his two-hour tardiness yesterday, people noticed the shirt Floyd Mayweather Jr. wore to his press day.

RELATED: A visual guide to how Manny Pacquiao has endorsed a product for almost every part of his body

RELATED: Who do you want to sing the Lupang Hinirang at the Pacquiao-Mayweather fight?

The shirt is available for sale at his The Money Team website, for US$ 45.

When asked why he was wearing a Philippine flag-inspired shirt with his face on it, he only said:

“I’m not trying to send any message. I love every country. It’s always the U.S. first, but I love the Philippines, I love Japan, I love Africa. I love all countries.”

In an interview last month, he declared his admiration for Filipino boxing fans:

“I love the Philippines. I love all the Philippine fans…You guys have stood behind Manny Pacquiao. Without the fans, we both wouldn’t be where we are at today.”

Aww. Floydie, you don’t have to be shy about how much you love us.

Kidding aside, Filipino fans have noticed that Mayweather got the Philippine flag’s color arrangement wrong.

Is it because he’s declaring war on May 2?

We may not be sure, but Manny Pacquiao looks like he knows the truth. Well, maybe it’s his lawyer friend Robert Shapiro who does.