How I got my job: Paul Encarnacion, Philippine National Women’s Futsal Team Coach 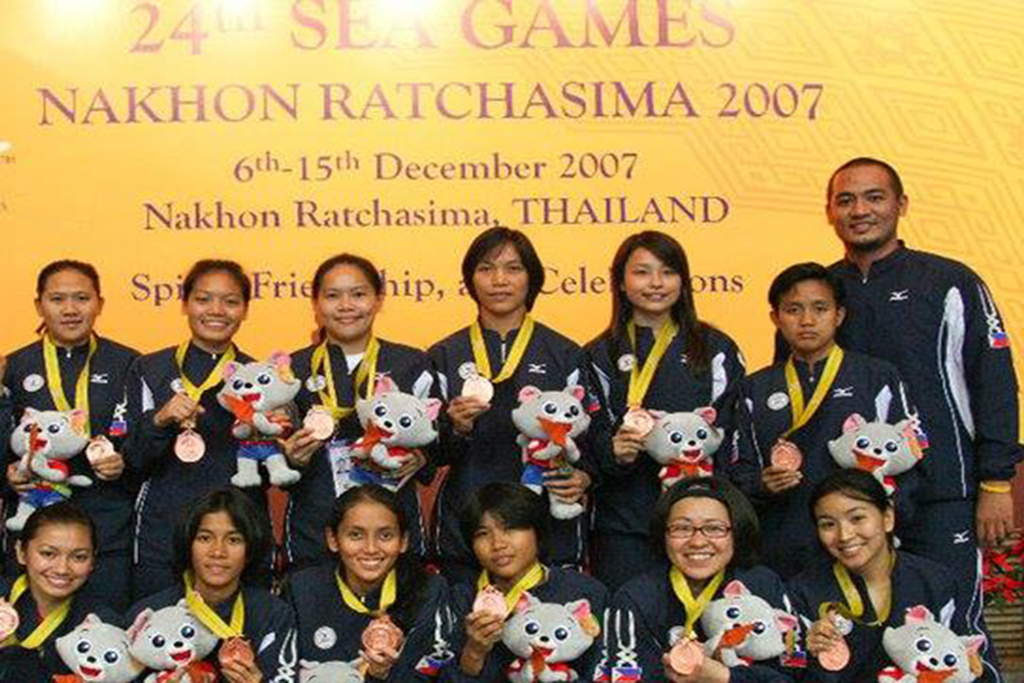 How I got my job is a series that spotlights a specific job or position that isn’t often featured in media. Through this series, we hope to shed light on the duties and work-life of some of the most interesting jobs in the Philippines. We’ll also share a few tips from insiders on how to land one of these positions.

This week, Pacifiqa talks to a Coach for the Philippine National Women’s Futsal Team, Paul Encarnacion.

What is your job title?

What are the main responsibilities of a national team coach?

National team coaches are responsible, in the simplest of terms, for the competitiveness of the team. Coaches are responsible for the makeup of the team (recruitment and selection).  They would then train these players to be physically for the demands of the sport, to be equipped with the right skills and tactics to be competitive internationally.  This also includes preparing the team’s mental toughness and composure to perform at a high level under pressure, not to mention having to develop good team dynamics and cohesion.  All of these are planned by coaches and includeded in the training program that they design for the team to ensure that these factors are achieved appropriately at the right time.  (You want to be at the peak of your performance during the competition and not after, right?) During competitions, coaches also scout the opponents and make game plans accordingly.  Coaches are also responsible during the actual game for in-game coaching (This, people might think is the biggest part of coaching, but I believe it is just the tip of the iceberg.  A big chunk of coaching happens in the planning, preparation, and training.)

What are the qualifications required to become one?

Aside from a license to coach, possessing a good base of knowledge to make your team competitive in all aspects of the game is vital.  A coach should be well-versed in tactics and should be at a level that is competitive internationally.  So, experience and continuing education or development are big factors.

What is the selection process like in choosing coaches for the national team?

What motivated you to get involved in coaching?

As part of a basketball-crazy country, every child who seriously played basketball would always want to play at the highest level.  When I wasn’t able to make it as a player, I found out that I can still make it to the highest levels of the sport as someone behind the players and this I found in athletic training. As teaching became my profession, athletic training and teaching blended into one and led me to coaching.

Was it always a goal to coach with the national team or was it something that just took shape as your coaching career progressed?

Futsal is the sixth sport I learned.  It never occurred to me that it would become a sport that I would love, much less coach.  It came when I had two herniated discs in my back and had to stop playing basketball.  A friend introduced me to the sport and as I picked it up, he took me in as an assistant when he formed the first national futsal women’s team, owing to my background in athletic training and basketball coaching.  We were innovative in applying a lot of basketball principles to futsal since both sports are played five vs. five.

What do you enjoy most about coaching?

Like what they say about life, it is not about the destination, but the journey.  Seeing the team develop and achieve is a great thing. To achieve success in different ways is gratifying.  But being in the midst of a group of individuals striving, committed, and passionate in achieving a common goal is what I enjoy most about coaching.  It can almost be described as addictive.

What is your most memorable moment as a coach?

In futsal, it would have to be winning the Bronze Medal in women’s futsal in the 2007 SEA Games in Thailand.  I was the assistant coach and the achievement came after so much pain and sacrifice.  It was the first medal ever won in an international competition and it was literally the product of blood, sweat, and tears!

What are the challenges in being a coach for a national team?

Developing a successful sports program is always a challenge in our country.  If there could only be less politicking (even in sports), we could achieve greater heights not just for futsal, but for all other national teams!

Can you share your thoughts on coaching education and the development of coaches in the country?

Coaching development in the country has grown significantly in the past years with the advent of information technology.  Top universities in the country have been developing their sports curriculum, and the advancement of technology has sped up the process of exchange of knowledge across the borders of one country.  Information and education have been made more accessible.  All these changes have already produced a lot of good coaches and trainers in our country.  Coaching in the Philippines can only get better.  A more consistent implementation of programs for continuing education of coaches and development of new coaches will definitely uplift coaching in the Philippines.  And of course, less politicking!

What advice do you have for those who are looking to make a career in coaching?

Coaching is a vocation.  If you want to go into coaching for the money, then you’re in the wrong profession.  You have to have a genuine desire and passion to be one.  Coaching entails a lot of sacrifices, hard work, and failures.  Coaching requires a person to lose oneself for the benefit of the many (team).  It may sound philosophical, but if you put your own personal motives and gratification primary over the team’s goal, you are already walking on a downhill slope.

Cool photos of last night’s ‘supermoon’ from around the country

For a generation of fans, these were the scenes that introduced Robin Williams

‘I married my Filipino husband for his green card, and love’

Cool photos of last night’s ‘supermoon’ from around the country

How much does it cost to live on the moon?