Attention, hetero Pinoys: Learning bekinese can be easy! If we dissect the phonetics, grammar, syntax, and origin of this continuously evolving sub-language, we’ll notice that majority of the words are derivatives of the original terms. Take for example the term “waley,” which was derived from the original Tagalog word “wala,” which means “nothing.” It doesn’t take rocket science to figure out the meaning of most Beki words.

Perhaps the most distinctive and recognized beki jargon are the names of local and international celebrities who, in their innocent lives, have been immortalized in the Beks–tionary.

RELATED:  Meet the foreigner who can proudly speak Bekinese

According to Joselito Delos Reyes, who teaches pop culture at the University of Santo Tomas and author of iStatus Nation, which just won in the National Book Awards, people can easily learn and adapt sub-languages due to the “onslaught of social media” these days.

Delos Reyes attributed the use of popular names in Beki language to Filipinos’ shared knowledge about celebrities.

Have you ever eavesdropped on a conversation among a circle of bekis and they refer to celebrities in a first-name basis, as if they’ve known each other for years? Makes you wonder, how the hell do these celebrity names make sense to them?

And just like that, they’ve understood each other. No further explanations.

Mahalia who? Millennials might feel the urge to google this name. But don’t you dare show your ignorance to your Beki friends, especially the Golden Ones, because they might just say GMG or Google Mo, Girl! straight to your face.

For the residents of Bekilandia, these names are more than just their ultimate idols and pegs in beauty pageants and singing contests during barangay fiestas. These celebrity names are not only proper nouns. They are also used as verbs and adjectives, and has been an integral part of the colorful culture of our gay brothers and sisters.

Famous or fading, living or dead, the following celebrities have wonderfully been immortalized in the Beks-tionary:

Who: Filipina sprint queen who was named Asia’s fastest woman in the 1980s

What it means: To run or escape quickly from something

What it means: Someone who went cray in a public place; is infamous for being outrageous 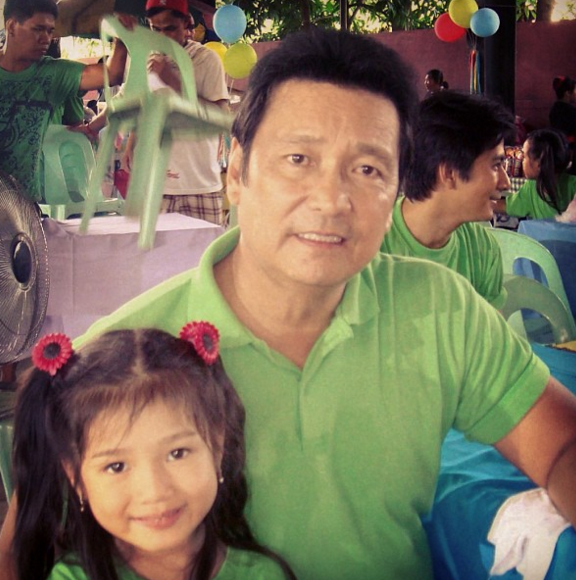 Who: An local action star who became a full-time senator

What it means: A lips-to-lips kiss

Who: A Trinidadian-born American rapper who is known for her frankness and her liberal attitude

Who: A Filipino-Chinese actress who rose to fame after winning a reality show

What it means: To suppress strong emotions, as in the Filipino saying “kimkimin ang galit”

Who: American talk show host and philanthropist famous for The Oprah Winfrey Show

What it means: To make a promise, as in O-prah-mise?

Who: A multi-awarded American diva who has produced a number of Billboard #1 hits

What it means: Cheap and inexpensive, derived from Tagalog word “mura,” as in mura-iah Carey

Who: A Filipina child/teen actress from the 1970s to 1980s, star of the movie Flor de Liza

What it means: To get caught. Derived from Tagalog word “huli,” as in na-Julie Vega!

Who: A Filipina actress who started as teenstar in Ang TV

What it means: A rich person, as in the Spanish word “rica”

Who: The current CEO of ABS-CBN and the narrator behind real-life drama series Maalaala Mo Kaya

What it means: To become conscious, as in Charo Santos-“Conscious”

Who: A Filipino singer-songwriter and comedian

What it means: To give

Who: A Bb. Pilipinas-Universe title holder in 1967 who eventually became an actress

What it means: A queue, to fall in line; derived from Tagalog word “pila”

Who: Filipino folk musician who gained worldwide popularity in 1979 for his song “Anak”

What it means: To be afraid, as in Afraid-die Aguilar!

Who: A Filipina actress who plays kontrabida roles in noontime and primetime teleseryes

What it means: Tummy, as in “tiyan” in Filipino. Hence, Tiyan-da Romero!

Who: A Filipina pioneer art scholar who is the main proponent of PH’s modern art movement

What it means: To be in a pitiful state of being poor

Who: Filipina beauty queen who won the Ms. International title in 1979

What it means: To stink and smell awful, as in Smell-anie Marquez!

How it is used: When I entered the room, it’s like ‘di ako makahinga! Smellanie Marquez to the max pala ang paa ni koya! Sayang, guwapo pa naman.

Who: Popular American singer and actress; sister of the “King of Pop” Michael Jackson

What it means: It’s too damn hot in here, as in sobrang “init,” like ma-Jinit Jackson!

Who: Internationally acclaimed Filipino singer who has received standing ovations for belting out high notes

What it means: Plain dead or just dead tired, as in Dead Madela

Who: Popular South Korean actress in the Philippines and girl band superstar in S. Korea.

What it means: Beautiful, like “maganda” in Filipino or as they say, Ganda-ra Park!

What it means: Expensive and luxurious, derived from the Filipino word “mahal”

Who: A Filipina sexy actress

What it means: To be pissed at someone; derived from Filipino word “inis”

Who: A Filipina actress known for balancing kontrabida and comical roles

What it means: To fully receive the effect of karma, especially the bad one

Who: A sexy actress-turned-councilor in Parañaque who is now running for senator

What it means: To get hemorrhoids, as derived from the Filipino word “almuranas”

Who: A Filipina-American actress, former MTV Asia VJ, and FHM’s 2001 Sexiest in the Philippines

What it means: Dumb, as in the Filipino word “bobo” or “bobito/a,” which refers to a dumb person. Hence, Bobita Rose.

Who: A Filipina actress popular in the ‘90s; children’s storybook author

What it means: To be irritated at someone or something, as in nakakai-Rita Avila!

Who: A Filipina singer who is a popular peg among comedians because of her unique vibrato

What it means: To respond in agreement with another person, derived from the Filipino phrase, “oh siya-siya, sige!”

Who: American-Canadian alternative rock singer who produced worldwide hits in the 90s

What it means: To rain; derived from the Filipino word “ulan,” as in jumu-Julanis Morissette!

What it means: To get hungry, derived from “gutom,” as in gu-Tom Jones.

Who: A Filipino sexy actor who was once dubbed as Asia’s Sexiest Man in the 90s; has portrayed gay father roles

What it means: To look haggard, as in ha-Gardo Versoza

Who: A Filipino matinee idol who started in Ang TV teen edition

What it means: To have a bitter outlook on a certain situation

Who: A fearless Filipina journalist

What it means: To be in a state of too much stress or depression, as in Stress Drilon!