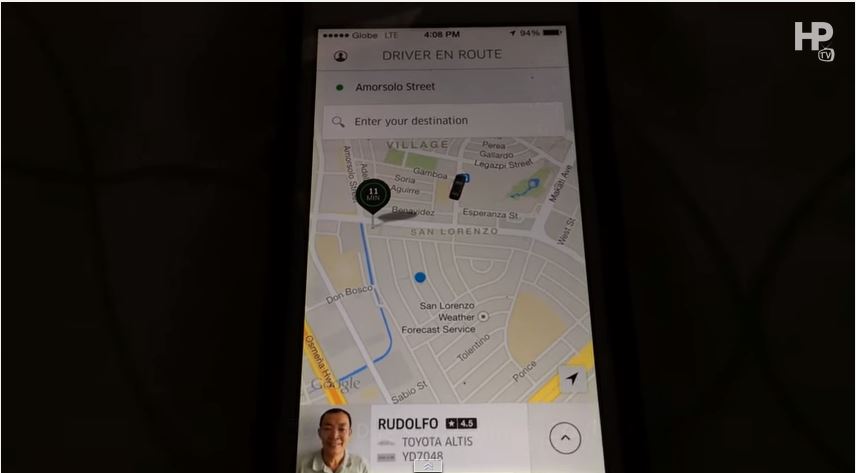 The Filipino is known to make use all of his abilities to make ends meet for him and his family, even if it requires taking two, three, or four jobs. Our ability to adapt is perhaps unrivaled, no matter where we are in the world.

Just the latest proof: Gavin Escolar, a Filipino-American Uber driver and jewelry designer in San Francisco, used his time as an Uber driver to widen the reach of his own jewelry line. He now makes $252,000 a year from his earnings at Uber and his jewelry line.

“My passengers surprised me,” Gavin says, remembering his early days. “I thought they would be silent or on the phone. But most people wanted to talk. When I mentioned my jewelry, they asked for business cards, but I didn’t have any.”

That’s when a light bulb went off in his mind: Why stop at business cards? Why not just show them my jewelry?

Since then, Escolar turned his Uber car into a mobile showroom, placing various pieces of jewelry in ideal spots in the car.

“I never solicit. I only keep subtle hints to spark conversation if they notice,” he told Forbes.

“If they don’t, they probably wouldn’t be my target customer anyway.”

Despite his sideline, his ratings proved that he was anything but sleazy.

Writes Jon Youshaei: “For most rides, he barely says a word, respecting passengers who are on the phone or disinterested. Even when he speaks, it’s not a monologue. It’s more about the consumer, asking them questions and understanding their needs.”

The innovation might not be an officially-regulated one, but the bigwigs of Uber are actually encouraging other drivers to do the same.

“One of the greatest things about the Uber platform is that it offers economic opportunity for a variety of drivers — full-time, part-time, veterans, teachers, artists, and students — in more than 260 cities around the world. Supporting and fueling the local economy is important to Uber and our driver partners help us to achieve this goal,” Uber spokesperson Kristin Carvell said.

While he’s now winning at the Uberpreneur game, he hasn’t forgotten his fellow Filipino immigrants in the United States.

“When hiring new drivers, I find underemployed Filipinos and give them the jobs first. Most don’t know much about smartphones—and that’s okay. I teach them about Uber and Lyft. I teach them how to use the internet so it can help their lives in other ways, too. I let them use the cars to run errands and pick up their children. It’s not about squeezing every dollar from them. It’s about empowering the community that you came from.”