Direct hit or not? Forecasts still disagree on path of Typhoon Ruby 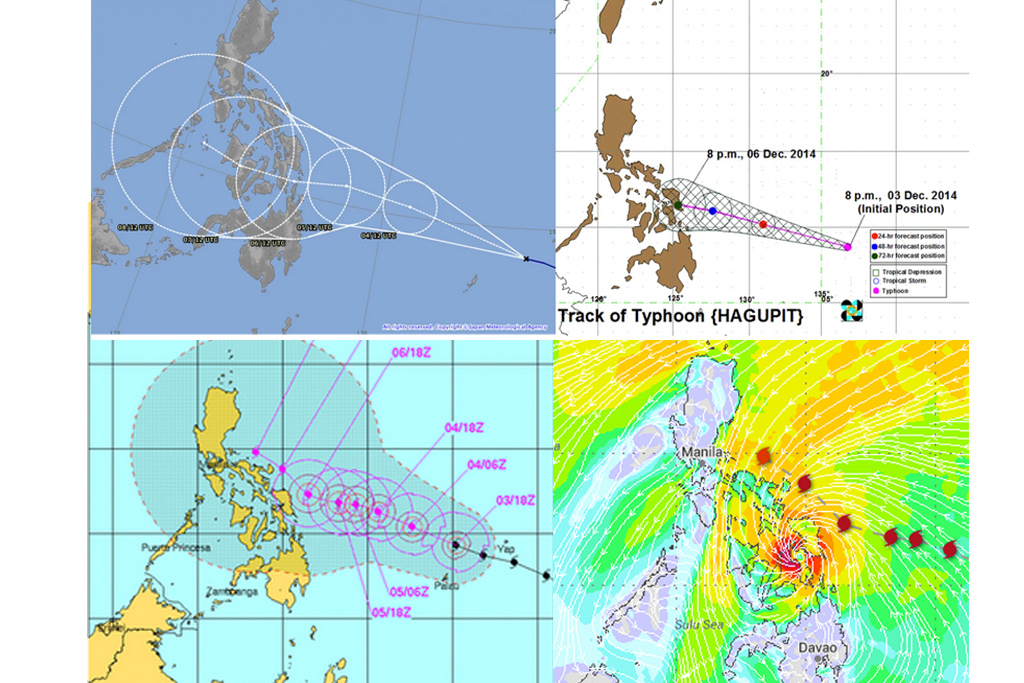 The different paths of Typhoon Ruby by weather models.

UPDATE: 11 a.m.: Via PAGASA’s latest weather bulletin, Typhoon Ruby (international name “Hagupit”) is set to move West Northwest at 20 kph. It is expected to be at 395 km East Southeast of Borongan Eastern Samar by Friday morning, and is set to landfall over Samar area by Saturday noon. There are still conflicting models with other agencies, but PAGASA forecasts Ruby to make a landfall in Eastern Visayas. 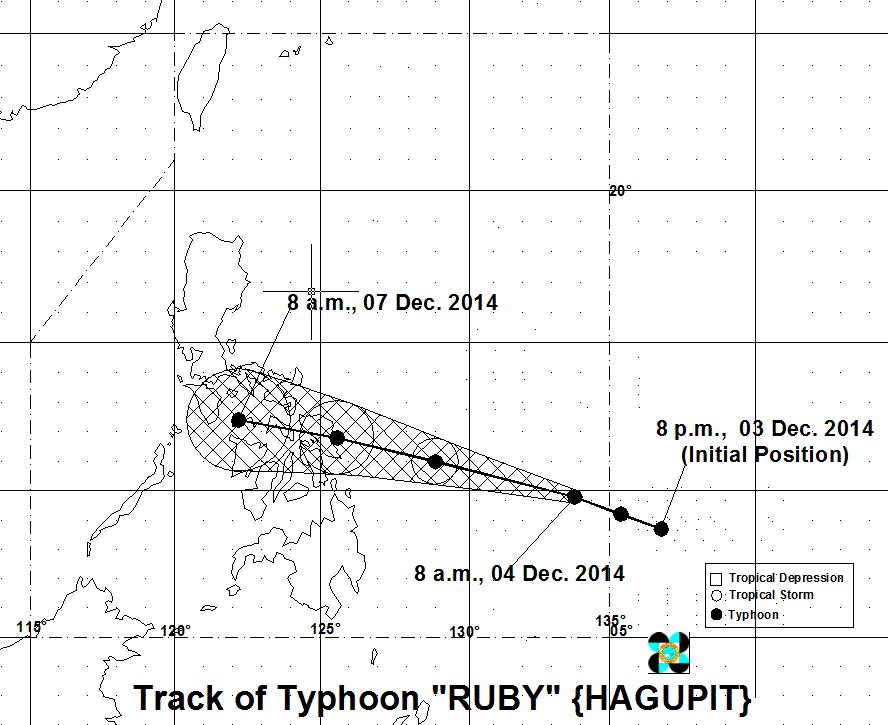 Whether valid or not, comparisons between Typhoon Yolanda and Typhoon Ruby have been tossed around in news reports and social media. Ruby has already been called a Super Typhoon, but it is not forecasted to reach the same strength that Yolanda (Haiyan) attained.

“This is going to be a very, very powerful typhoon,” Jon Erdman, a meteorologist for The Weather Channel said of Typhoon Ruby.

RELATED: Why should we call it Typhoon ‘Ruby’ when it’s already called ‘Hagupit’?

What still has not been determined, even as the storm is mere days away from possible landfall, is the forecasted path by the different weather models.

The best and most advanced weather models are predicting different paths for Ruby, with one model forecasting a direct hit and a path right across central Philippines, almost identical to the one Typhoon Yolanda took. Other forecasts show a shift toward the north at the last minute, possibly skirting eastern Luzon and Metro Manila before the typhoon tracks toward Japan.

So just how divergent are these predictions?

Here’s a summary of how each agency currently forecasts the path for Typhoon Ruby. It is important to note that PAGASA has listed the chances at 60-40, with the greater possibility of landfall at 60 percent.

What happens to all the fallen trees from Glenda?

The secret stargazing spot in the heart of Metro Manila

The Filipino meme guide to everything that happened in 2014

Direct hit or not? Forecasts still disagree on path of Typhoon Ruby

DOH on teen pregnancy: Don’t be a ‘gaga girl’ and ‘bobo boy’

This is the only planner you’ll ever need

TV actress tells people to ‘lay back and enjoy’ during rape