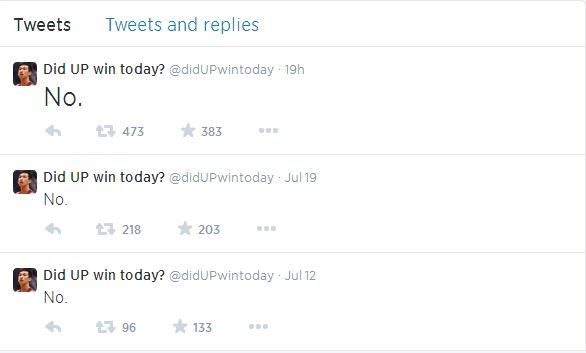 The University Athletic Association of the Philippines (UAAP) is one of the most awaited events of a college student’s life. Aside from the famed Cheerdance Competition and volleyball matches, the league’s basketball games is one of the reasons why even those who do not belong to the eight participating universities are still glued to their television screens.

We are, after all, a basketball-crazed nation.

Because of this, timeless dichotomies, rivalries, and stereotypes have existed, such as the all-time favorite Ateneo-La Salle rivalry, which sometimes goes beyond the basketball courts and four quarters of a game.

And then, there is one of the most underdog teams around: The University of the Philippines Fighting Maroons.

No one—even UP alumni and students—will contest that the team has been a cellar dweller in recent UAAP seasons, finishing eighth in the last five seasons. In two of those seasons (2010 and 2013), UP did not record a single win.

The Maroons have been experiencing a 28-year basketball title drought, and they have been absent in the Final Four for quite a while now; their last appearance was in 1996.

Despite the sorry state of athletics in the State University, the Iskolars ng Bayan seem to hold their heads high and still graciously welcome the sad fact that the Maroons have a 24-game winless record since 2012. They have even expressed their humility through this Twitter account.

So far, the account has 365 followers, and it is bound to earn more as the tournament continues.

And since the UAAP basketball games have just started, the account only has three tweets so far. It updates people in real time so they may have enough time to soak up the sorrow of defeat (or the happiness of winning soon, hopefully.)

@StevenRoodPH A win by our UP Maroons, like genuine empowering democracy, is always a struggle. We will get there. Believe. #UPFight — Marvic Leonen (@marvicleonen) July 20, 2014

On the bright side, the Maroons are just one game behind the defending champions. #UPFight — Job (@jobdeleon) July 23, 2014

Just like any other student from the leading intercollegiate athletic league in the country, Iskos and Iskas still firmly hold on to school pride, hoping for the big “YES” to appear on their feeds.