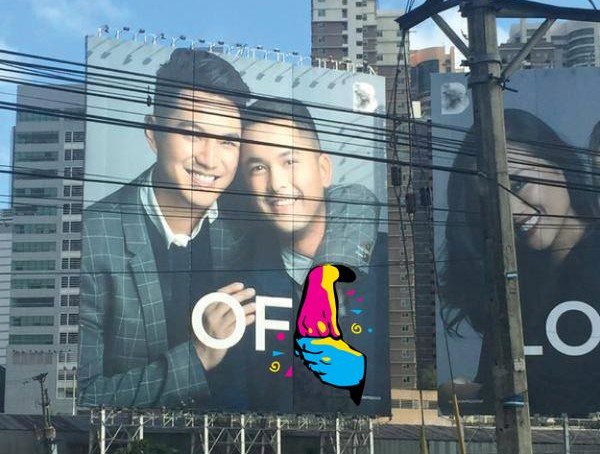 Recently, Bench has released a set of billboards along Guadalupe in line for the Valentine’s season. Their campaign has been getting a lot of positive feedback.

But noticeable in one of the billboards is the black paint covering the hands of Vince Uy and Niño Gaddi.

Early this morning, people from social media noticed the censorship and expressed their outrage through—what else—memes.

Art director Rob Cham and writer Thysz Estrada took matters into their hands and asked their friends to “paint over” the black slush, which resulted to the #PaintTheirHandsBack petition.

The responses were overwhelming, witty, and creative.