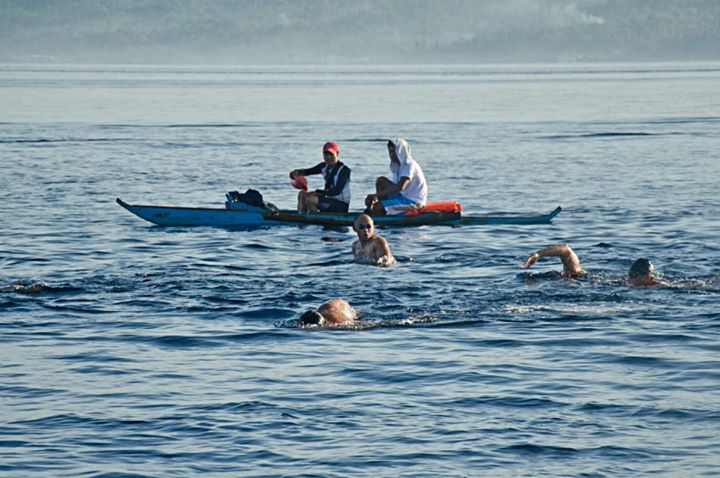 8 brave individuals and a good cause. (Courtesy Philippine Voyagers)

The current fitness craze in Metro Manila has led to lots of runs and walks for good causes. Each weekend, you can count on seeing hundreds of people running for some type of event or charity. For eight individuals though, the idea of pounding the pavement simply wasn’t enough.

They wanted to make a splash. Literally.

It was some time ago, May 5, 2012 to be exact. Eight individuals made the inter-island swim from Cebu to Negros. The reason? They swam on behalf of the Philippine Red Cross in an effort to raise funds for the victims of an earthquake that hit the region earlier that year. It didn’t make too much news then, but through the efforts of the Philippine Voyagers, a non-profit that raises awareness on the importance of conserving natural resources through documentaries and photographs, we can now take a look back at the inspiring achievement.

They created a short documentary entitled “Swim for Others.” The film is even entered into this year’s Cinema Rehiyon Film Festival in the Visayas category.

Dominique Garcia, a videographer and staff photographer for Philippine Voyagers, was present during the swim and spoke about the experience and what inspired the Voyagers to produce the film.

“This fundraising event was a first of its kind. There were many uncertainties and all, but we were thrilled and happy to be part of this project because we knew that this was genuine, something worth it, something great,” said Garcia.

SWIM FOR OTHERS Documentary 2013 from Philippine Voyagers on Vimeo.