Tagging along to 7107, realizations brought home 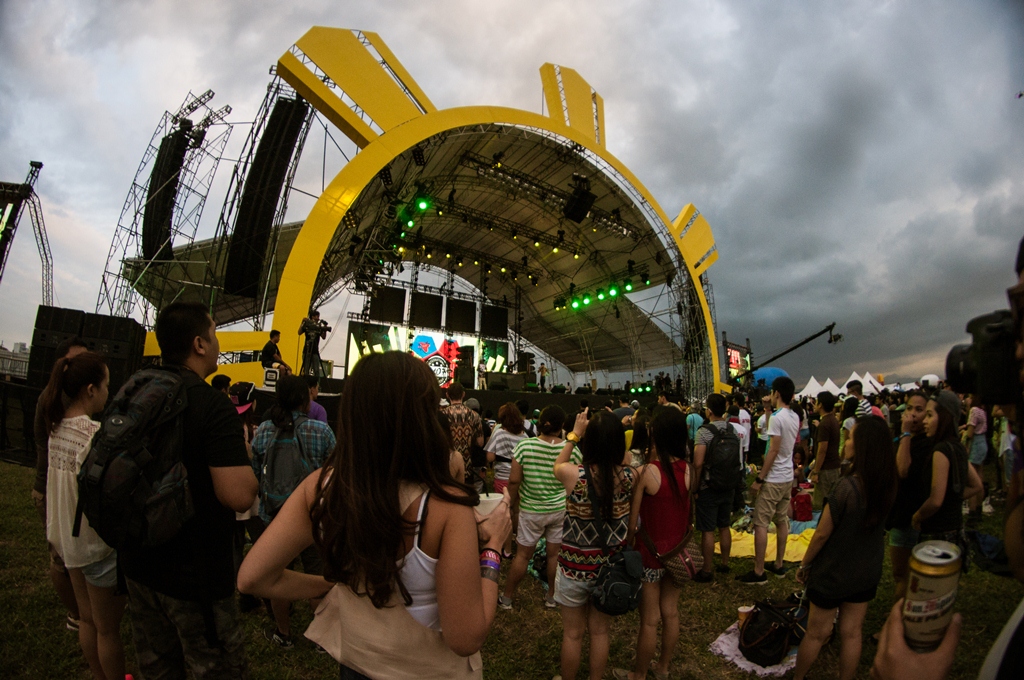 With tickets I couldn’t possibly afford, my hopes of attending what was advertised to be the biggest music festival of the year were already down the drain. But a day before the festival, one member of a band, who also happens to be a relative, told me that he had an extra pass and asked if I wanted to go. You could probably guess my answer.

Because of that offer, I got the rare opportunity to tag along with a band and some friends to the hyped up 7107 International Music Festival. I hitched a ride with some pals to the venue in Clark, got my VIP passes, and set myself up in one of the lush villas, care of one band who gave the term “hospitality” a new light for me. We arrived at the venue around 3 p.m., but missed some local acts such as Wilderness — one band I wanted to catch badly. Wilderness is the kind of band that’s thrilling to watch during an event: lively, savage in composition, and above all, purely fascinating visually and sound-wise. But the day was just starting and I knew I was in for a treat. A lot can happen in a couple of hours.

That report about the festival’s funding “anomalies” did not stop fans from flocking to the event. As early as 4 p.m., people were securing spots on the front areas of the main stage that was decorated with a huge sun that mimicked the one in our national flag. That day, EDM ruled the attendees, with the partying started by Motherbasss, the DJ-drum duo who gave the early crowd an unexpected afternoon. Before their set, the crowd was calmly watching the previous performances. But when this duo turned it up, some jumped, bobbed their heads, and danced with all their might. DJ Nix Pernia even said, “Ano, 7107, sayaw tayo?” to the crowd in between their hip-hop, Motown, jazz, rock and dubstep mixes accompanied by live drum play. International DJs followed, which made the young, glow stick-wearing crowd pumped up. By the time Kaskade played, it wouldn’t be a stretch to say that half of the dancing crowd was “rolling” on a (maybe) natural, energetic high. There’s even a post-event report that one young celebrity and his friends were detained by security because of possession and use of illegal drugs. I guess they became too comfortable. Ninja moves: zero.

Though not having an audience as lively as the main stage, the second stage was filled mainly with talented local acts such as Terno Recording’s Hidden Nikki, Sleepwalk Circus, Sleepyheads, Child/ren of the Pilgrimage (which I also missed). The second stage was still an integral part of the day’s performances. Decorated with tamaraw horns at opposite sides, Pinoy pride was loud and clear, and that’s the most important part of it all: the festival doesn’t share its name with the number of our islands for no reason.

For VIP ticket holders, they could go inside the Vans and Guess lounges, where free food, alcohol, and a higher view of the shows were offered.  Celebrities and musicians filled the area, as well as photographers, and basically every VIP ticket holder who wanted a quick break from walking on a sandy field. Guess even had a room where VIP attendees could play games on huge LCD TVs, and Vans gave away bandanas and beer koozies. A friend suggested that I mix free Monster Energy drink cans with Red Horse, and it’s quite good, especially that it lessened the chances of me passing out during one of the most important performances I have yet to watch. The entire production of 7107, from the point of view of an attendee, did make the festival worthy of its promised international quality. For those without access to free liquor, the beer costed 120 pesos, 80 pesos for water, and middle-ground priced food from the stalls. Good thing there’s a McDonald’s booth in the food area.

This was it. The day RHCP is set perform. Though many local and international acts were also scheduled to play, RHCP was on everybody’s mind, probably as soon as they woke up from the previous night’s drinking debaucheries.

Arriving at the venue at around 3 p.m., both the stages got equal attention from the attendees, which doubled in number compared to the previous day. With local acts such as Up Dharma Down and Pulso pumping up the indie scene, it wasn’t hard for enjoyment to be present in both stages. Radioactive Sago Project’s front man, the fearless spoken word lord, Lourd De Veyra even blatantly stated that the concert is for the freedom of Mrs. Napoles, which was of course, greeted with laughs and cheers from the crowd. Good music is indeed the break we all needed from such a sour controversy. We all care about the issue, but for that moment, local music was all that mattered.

Time for some international lovin’

Compton-hailed hip-hop king of the moment, Kendrick Lamar, loved the energy of the local crowd as much as he enjoyed his performance. The audience chanted “Kendrick, Kendrick, Kendrick!” a couple of times, which made him feel esteemed and welcomed. Right after a couple of songs, he said that the Philippine crowd was the loudest, most buzzing crowd he’s ever seen. Chanting, dancing, and raising hands up in the air was the trend for Kendrick’s set. “Kendrick have a dream,” and we all felt a part of it. Empire of the Sun, as expected, bellied out their set theatre-style: feather headdresses, light beams, and back up dancers wearing sheer capes. The flamboyant group sang their hits “Walking on a Dream” and gave quite an entertainingly schmaltzy set.

The wait for RHCP’s turn was like waiting for your date to get ready. Imagine butterflies filling your stomach, thinking how alluring the sight you’re about to see, and you’ll be filled with jitters once the wait is over. A good 20 to 30 minutes filled the entire venue with a such a collectiive anxiety I’ve never felt before in any concert I’ve been to.

When Red Hot Chili Peppers stepped onstage, deafening screams came from the frenzied crowd. Flea, Chad, Anthony, and their new guitarist, Josh, gave a world-class performance that will be tattooed on everyone’s mind. They played classic tunes, such as “Higher Ground” and “Under The Bridge,” and presented solos by Flea and Chad Smith.The colorful, changing visuals from the multiple screens served as an animated  backdrop worthy of a wild LSD trip. Flea showed his usual wacky performing self: like his cartoon persona in The Wild Thornberrys, only with aquamarine hair and bass-playing talent like no other. Think of it this way: those who saw him witnessed a musical legend completely owning the bass, while doing crawling headstands when he’s not holding his instrument.

Looking back, but not too far back

The entire experience of the festival gave me realizations and vivid epiphanies.

I saw a couple of parents who brought their young kids to the festival, an epitome of the phrase “start them young.” These festivals put a new light on how parents inject culture into kids. I’m almost certain those children will turn out to be the next generation’s culture vultures. Just imagine them saying, “I saw Red Hot Chili Peppers when I was 7. With my mom and dad. And I heard they went surfing in Siargao after their gig.”

The festival made a lot of friendships stronger, too, especially for people who share the same love for the acts who played. People came in different forms and styles: some clad in skimpy clothing, some not caring at all. Whatever their intentions were in going to 7107, this festival was something they could look back on. It’s the kind of memory that will stick with them and make them say, “I enjoyed my youth, and that festival made it a little better for us.”

When I arrived home after the festival, I placed my backpack at the side of my study table. It was a tiring trip, for sure, but my most immediate thought was, “Wow, I wonder when I will experience that weekend again.”

Photos courtesy of Hannah Magdaluyo. Visit http://www.facebook.com/hnnhmagdaluyophotography to see more of her work.

Meet 7 Filipinos who are redefining the world of style