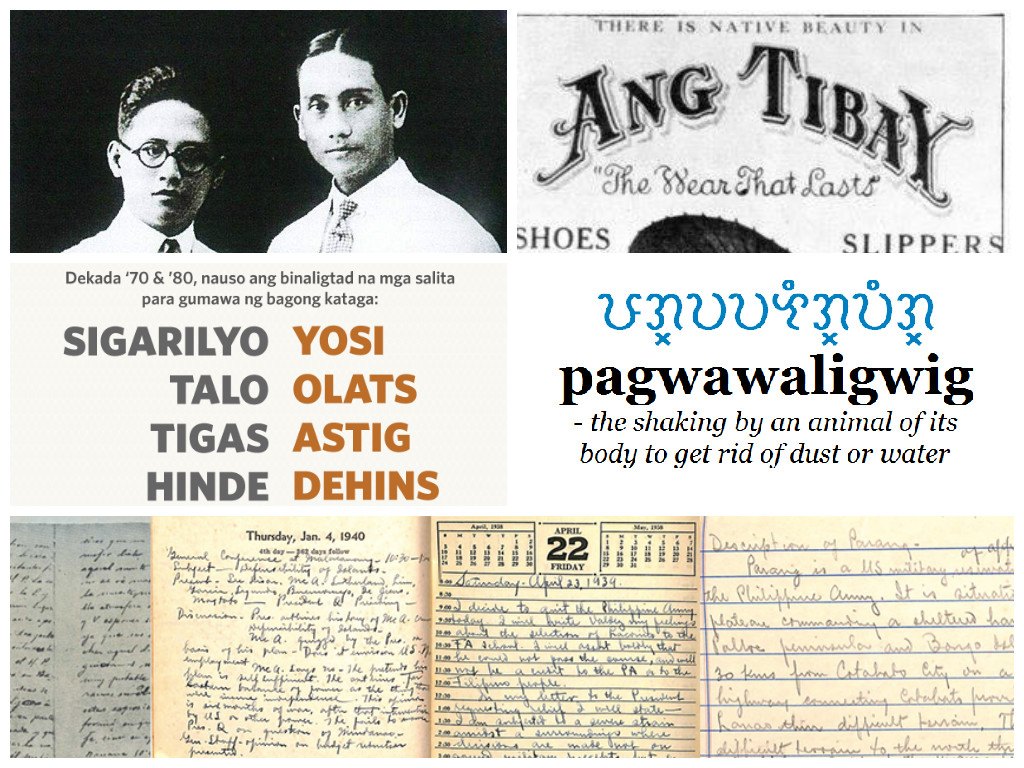 Let’s face it: it isn’t everyday that we spend our vacations outside, enjoying the mountaintops of Sagada or swimming in the waters of Baler. We mostly pass the time inside our homes, watching movies, or stalking random people on Facebook. Once we’ve stalked everyone on our friends list, we now wait for something interesting to happen on our feeds. For alternatives, stalk these Facebook accounts instead and learn something new everyday.

Managed by the Presidential Communications Development and Strategic Planning Office (PCDSPO), in partnership with the Komisyon ng Wikang Filipino, WIKApedia sheds light on Tagalog and other languages: from the difference between “ng” and “nang” to the origins of slang words such as “jeproks” and “yosi”.

The Office of the President’s official publication, the Official Gazette’s page has everything you need: from advisories during calamities, news items, history lessons, transcripts of the President’s speeches, and statements on pressing issues. The page also makes useful infographics.

Posted by Official Gazette of the Republic of the Philippines on Sunday, April 5, 2015

PCDSPO, the people behind the official page of Malacañan, is also one of the geniuses behind the WIKApedia page. While you could surely learn a lot in the Malacañan Facebook page, it seems to resemble our history textbooks, which are kind of… blah. You can see more of PCDSPO’s fun stuff on their official Tumblr account.

#todayinhistory — On April 6, 1924, the first Balagtasan took place in Manila. The contestants were Jose Corazon de…

We are a sentimental and curious bunch, and Filipiknow combines both traits in its website. Its page features Filipino history and culture trivia that we might have not learned in school.

Posted by Filipiknow on Saturday, April 4, 2015

In an another move to modernize our historical knowledge, Project Saysay was launched in 2013 to, once again, take valuable lessons from the lives of our heroes. Through graphic design and writing, the group behind Project Saysay aims to attract young people to follow the paths of our brave.

THIS stranger rocks Bulacan. Even though the schools he founded are long been defunct, there’s still one remaining: a…

The Philippine Diary Project is managed by Usec. Manuel L. Quezon III of the PCDSPO, who is also a grandson of the former president of the Commonwealth. As we know, diaries are where we write our deepest, darkest feelings and thoughts (back when blogging wasn’t a thing yet). Through the page and the website, we know our history through the eyes of the major players, such as former president Ferdinand Marcos.

Diary of Ferdinand E. MarcosApril 1, 1977″The phenomenon of 12 people declared clinically dead and returned to life….